You are at:Home»Current in Fishers»No plans for new Fishers BMV branch 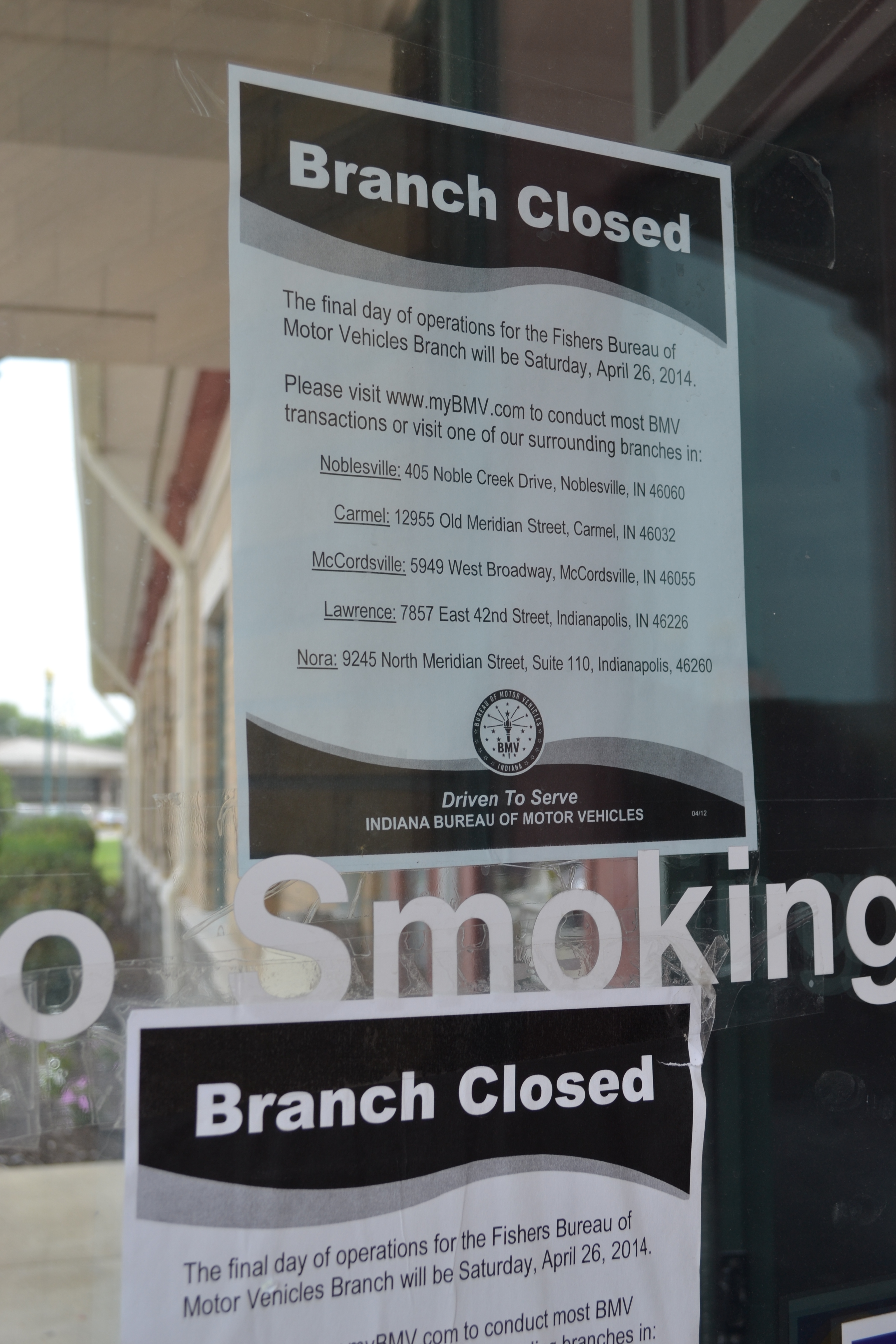 You may have recently seen a local television station do a story on the closed Fishers Bureau of Motor Vehicles branch on Municipal Drive in downtown Fishers. The camera followed several people as they went up to the door and were surprised to find the branch closed, permanently.

There was advance warning that the branch was closing. In fact, Current in Fishers had a story in the April 8 issue (“Fishers BMV to close”). But evidently it caught a lot of people by surprise.

It was the Town of Fishers that terminated the lease in order to make room for the town’s IT department and traffic court. The BMV posted signs and held a public hearing which only a few people attended.

The BMV has considered opening another branch in Fishers but according to Josh Gillespie, the Deputy Commissioner of Communications, the public doesn’t seem too upset by the closure.

“We believe that is because the residents of Fishers do have so many options available to them such as using www.mybmv.com, to the use of surrounding branches in Noblesville, Carmel, McCordsville, Lawrence and in Nora, to the use of our smart phone app. In fact, many branch transactions, such as registration renewals, can be done online or with the app,” said Gillespie.

He also quotes statistics that show that branch transactions had gone down in Fishers by 25 percent since 2007 despite the fact that Fishers is one of the fastest growing communities in the state.

“I’m a Fishers resident myself. But outside of the press, we just haven’t heard from hardly anyone,” Gillespie said.

It could be that people just aren’t complaining because – according to Randy Mace with CPM Construction, the company handling the building renovations – a lot of people come there every day expecting to take care of their business.

“Thirty or 40 people at least walk up here every day. Most aren’t happy,” Mace said.