You are at:Home»Current in Carmel»Obituary: Nancy Wimbish Stahl 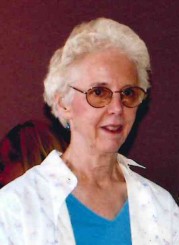 Nancy Wimbish Stahl, 76, of Carmel, died June 30, 2014. She was born in Portsmouth, Ohio, to the late Edward Barksdale and Harriet Kain Wimbish. Nancy received her master’s degree in English from the University of Illinois. She was a professor at IUPUI, where she taught writing and literature before retiring in 2007. In addition to her parents, she was preceded in death by a brother, Edward B. Wimbish. Survivors include her husband, Larry Stahl; a son, Andrew (Anne) Stahl; a daughter, Emily Stahl; and three grandchildren, Colin, Olivia and Liam Stahl. Family and friends will gather at 1 p.m. July 27 at St. Mark’s United Methodist Church, 4780 E. 126th Street in Carmel, where the Celebration of Life service will follow at 2 p.m. In lieu of flowers, memorial contributions may be made to St. Mark’s United Methodist Church. Online condolences may be made at  HYPERLINK “http://www.bussellfamilyfunerals.com” \t “_blank” www.bussellfamilyfunerals.com. Arrangements were entrusted to Bussell Family Funerals, Carmel.