You are at:Home»Current in Carmel»Obituary: Jay William Lang 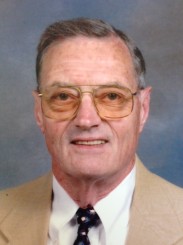 Jay William Lang, 85, of Carmel, formerly of West Lafayette, died July 8, 2014. He was born Feb. 16, 1929, in Indianapolis, to William and Emily (Biegler) Lang. He moved to West Lafayette in 1931 and graduated from WLHS in 1947. He received a bachelor’s degree in business from IU in 1951. He served with the U.S. Coast Guard during the Korean War in the Pacific and was discharged in 1952 with a rank of Lieutenant Junior Grade. He moved to Indianapolis in 1954 and married Eleanor G. McKnight from Bedford in 1956. He graduated from IU Medical School in 1961. He practiced anesthesia at Community Hospital East until his retirement in 1988. He is survived by his wife, Eleanor (McKnight); a brother, George (Susan) of Roswell, Ga.; two daughters, Catherine (Dave) Bain of Carmel and Susan (Gary) Dernlan  of Wellington, Fla.; a son, William (Jill) Lang of  Rockwall, Texas; and six grandchildren. Jay was preceded in death by a son, Curtis Alan; and a brother, William Edward Lang of West Lafayette. A memorial service was conducted July 12 at St Luke’s Methodist Church in Indianapolis. Memorial contributions may be made to the Cystic Fibrosis Foundation. Online condolences may be made at www.leppertmortuary.com.