You are at:Home»Current in Westfield»Fans bleed to support team 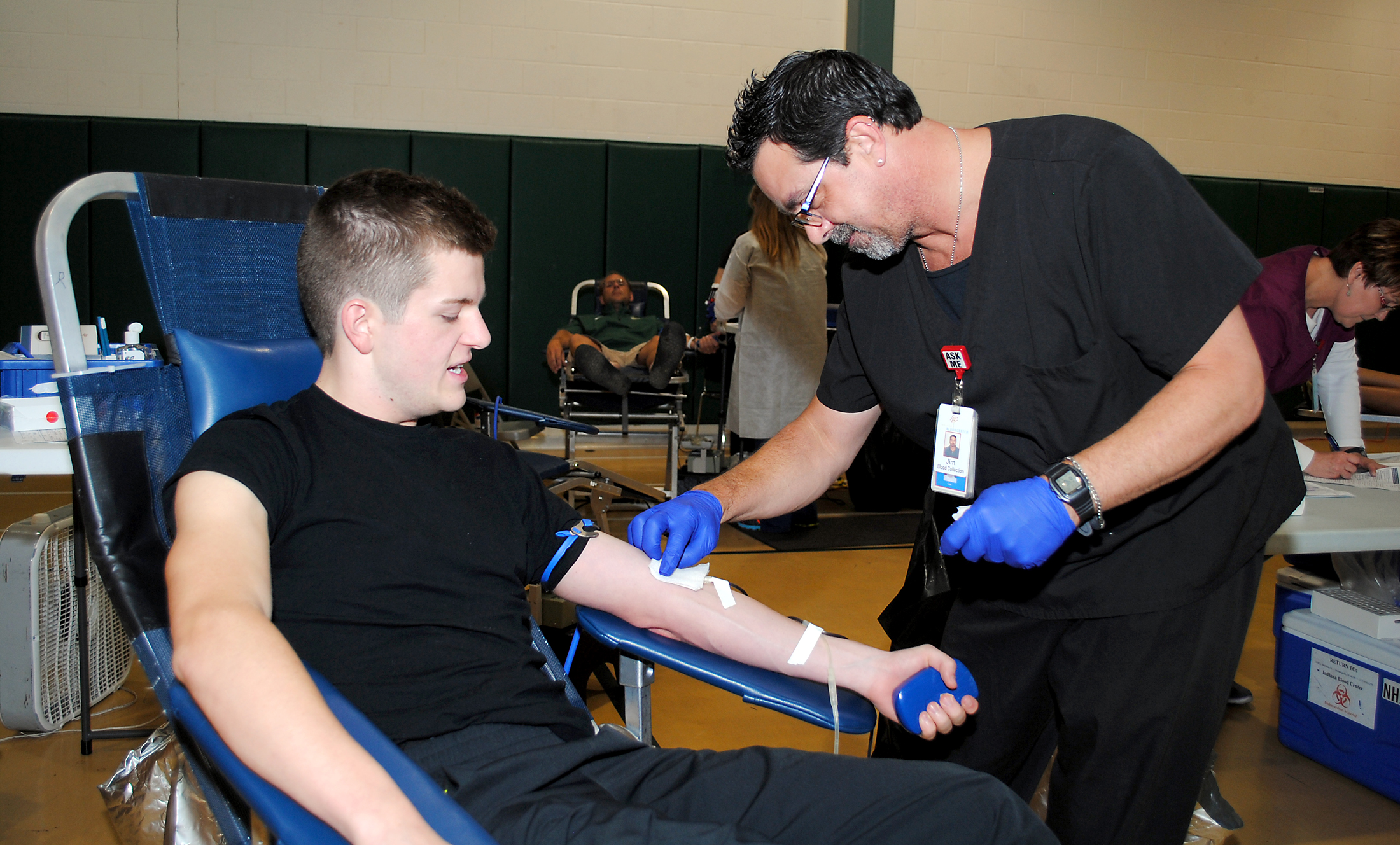 Westfield High School fans showed their support for the football players and cheerleaders by rolling up their sleeves and donating blood for five hours on July 16.

The event was part of the Colts Leadership Challenge Blood Drive in collaboration with the Indiana Blood Center. It provides communities the opportunity for local high schools to show its school spirit and leadership to recruit volunteers while also helping to ensure Indiana hospitals have the blood components they need during the challenging summer months.

Westfield is one of more than 30 Indiana high school football teams and cheerleading squads are competing to win an exclusive cookout at the Indianapolis Colts training camp in Anderson and an appearance by Colts cheerleaders. There are three different ways to win the challenge: host the largest blood drive; obtain the largest percent participation relative to your school size; or recruit 30 or more people to participate in your drive and be entered into a raffle.

Westfield is looking to win the third consecutive challenge by hosting the largest blood drive.

“They always have a good time at the Colts complex. Being there, up close and personal with the players is a great experience,” said Gene Baker, a WHS football parent. “Westfield does a really good job coming out and supporting the team. Not just the games but the blood drive. People really back the program.”

Gene’s wife, Carol Baker, made her first donation last year at the WHS drive to support their son, Patrick, a sophomore lineman for the Shamrocks.

“I never had the opportunity,” she said. “I’m going to continue doing it. It’s a great thing to do. You feel good when you leave here.”

Angie Gleason is a veteran at giving blood and has made donation when she can for the past 25 years. For the past three years she has participated in the WHS blood drives. Like the Bakers, Gleason’s son, Levi, plays offensive lineman. She said he really enjoyed visiting the Colts training camp last year as a freshman.

“It’s very cool. They enjoy it so much,” she said. “Win or lose that’s great. They need all they can get. If the boys can benefit that’s great but it’s all about the blood.”

WHS senior Corbin Atkins said a friend on the football team informed him of the drive.

“I’ve donated a couple of times,” he said. “It helps them out and a nice thing to do.”

The announcement of winning schools will come later this summer.