Music professionals know that encouragement of the next generation requires a healthy dose of realism.

So, grounding in the fundamentals will be linked to instilling insight and positive attitudes as four mentor-judges work with 12 young singers — two from each U.S. region — chosen as finalists in the 2014 Great American Songbook High School Vocal Academy and Competition.

“If they pursue a life in music, it is going to be a very challenging road for them,” said veteran judge Sylvia McNair in a phone interview.

McNair, a soprano and senior lecturer in voice on the Jacobs School of Music faculty at Indiana University, has been a colleague of director Michael Feinstein since 2010, the competition’s second year.

“And the music business is crumbling all around us,” she said. “Anything they can take from what we have to give to help their journey be a little less arduous is good.”

McNair will work with Feinstein and mentor/jury newcomers Marc Cherry and Cheryl Bentyne. Cherry is a Hollywood producer who will contribute to the finalists’ store of knowledge by emphasizing auditioning skills. Other clinicians signed up for the academy leading to the finals include Catherine Walker Adams and Naz Edwards of the University of Michigan. And Rob and Brinka Lowe of Casting New Lives will conduct a workshop on the business end of an entertainment career.

‘A desire to learn’

Bentyne, the soprano voice of the Manhattan Transfer, said she heard about the competition several years ago and asked Chris Lewis, director of programs for the Great American Songbook Foundation, how she could get involved. She has done workshops and master classes with young singers in recent years, she said, sometimes with her three colleagues in the durable hit vocal ensemble.

“I prefer working with high-school kids,” she told me by phone from Los Angeles. “They are so open. College kids think they have it all figured out.”

Both Bentyne and McNair concede that communicating to talented teens usable knowledge about the style and meaning of 50- to 100-year-old songs is a challenge.

“We’re aware that participants come to this event from many different backgrounds,” Feinstein concurred, “having done musical theater, or jazz, or like me listening to classic vocalists. There are several different roads that they have taken.”

Feinstein, an Ohioan whose roots lie in piano-bar entertainment accompanying himself as a teenage singer, insists that “our job is not to get in the way.”

“Everyone (among the finalists) has to study a different thing,” he said. “They are there because they show a desire to learn more and expand.”

The special qualities of the finalists often don’t emerge until the night of the competition itself, Feinstein said. A thoroughly prepared singer might come across to the judges as a little too set in his or her ways.

“From the audience’s perspective,” Feinstein explained, “someone might seem more polished than this other person, but they might not have the right instincts.”

As Bentyne puts it about the tradition that the competition hopes to extend: “The singers that made it sound the simplest and the easiest are the best singers  — Billie Holiday, Frank Sinatra. Tell the story and tell it with truth, and with a hopefully good technique. You can’t get up there and start emoting.”

McNair said the goal of her work with young singers is to make sure their “heart is open.” Beyond that there are body exercises and ear training, she said, adding that her workshop (not open to the public) “is going to be more about healthy singing” than interpretation and style.

She will have her class microphone-free in order to focus upon vocal quality.

Bentyne said she intends to work on phrasing and breath technique to help “the intention of the song” come across.

“I have them talk the song, rather than just sing it,” she said.

That draws attention to a bad habit like taking a breath that interrupts a phrase: “I work a lot on that. ‘Would you say a sentence that way?’ I ask them. Of course, if it makes sense emotionally, go ahead and do it.”

In his own work, Feinstein gets a strong sense that the old songs he specializes in will continue to endure when interpreted with insight and personality.

“Young people will need to discover and hear this music,” he said. “When they discover it, they’ll stick with it. The big thing is to be led to it.”

There’s lots of room in this repertoire for new artistry to make itself felt, which bodes well for the long term.

“In Pasadena,” Bentyne told me,  “I taught a workshop called ‘American Song’ and I told them the reason this music works is it’s so pliable. The lyrics are perfect — you don’t have to search for anything that isn’t there. You can turn it into something else rhythmically or melodically and it still holds up. It’s just the best music written.”

The winner of the competition will get $3,000 and at least one chance to share the stage with Feinstein. The multiple Grammy nominee’s new nightclub will open in New York in the spring, and there is also a Feinstein’s at the Nikko Hotel in San Francisco.

Instead of second- and third-place awards, the 2014 competition will honor two other finalists with the Songbook Inspiration Award and the Songbook Celebration Award, worth $1,000 each.

“No one liked it coming down to first, second and third place,” said Lewis, and the new honors will recognize the various skills and training that finalists bring to the repertoire — as well as the artistry they are all being encouraged to develop and share with the world.

Where: The Center for the Performing Arts in Carmel. 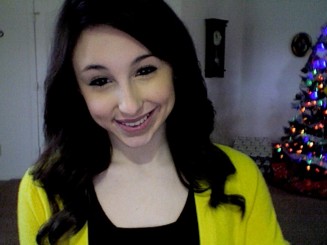 She is a senior at Franklin Central High School in Indianapolis. Her musical career was launched when she began humming before even speaking. Her favorite performer is Michael Bublé and she appreciates his ability to captivate an audience with incredible stage presence. She is currently in the state champion Franklin Central show choir, the FC Singers. She said she dreams of becoming a Broadway actress while keeping plans to be an occupational therapist on the back burner. 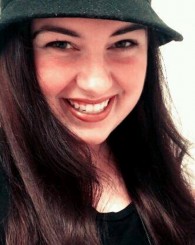 She is a recent graduate from Clear Falls High School in League City, Texas. Her musical interest was sparked when she realized that she was not going to succeed in athletics. Since that moment, Maddie has kept her life busy with choir, theatre and dance. She participates in musicals and plays at regional theatres in Houston, while teaching private vocal lessons to students. Her goal in life is to continue to share her gift of performing and music whether it is performing on the stage or educating others. 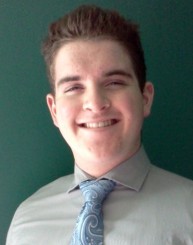 He will be a junior at Grove City High School in Grove City, Ohio. He fell in love with music and singing from the moment he joined his church children’s choir. He continued his music career with community theatre and the Columbus Children’s Choir performing across central Ohio. Jacob is well versed in music outside of the singing world, too. He is a drum major for his school marching band, plays cello in the orchestra and French horn in the concert band, and participates in show choir. In the future, Jacob dreams of composing soundtracks for films. 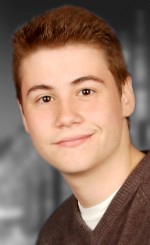 He is a high school senior who attends the Manatee School for the Arts in Palmetto, Fla. He began singing seriously at the age of thirteen. Nick values the ability for a melody to transform a message and make it more meaningful. Nick has been exposed to the music of the Great American Songbook through classical music theatre, of which his favorite works are from Rodgers & Hammerstein. Nick aspires to be a performer for the rest of his life, intending to work hard and take every opportunity available to make his dream attainable. 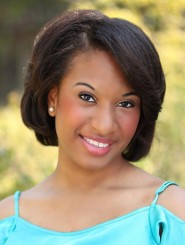 She is from Shreveport, La., and will start her senior year at Caddo Magnet High School this fall. Her singing career began at the age of five in church, and she has not stopped singing since then. She has been a longtime lover of jazz music and consistently is inspired by the work of Duke Ellington, Billie Holiday and Ella Fitzgerald. Nia is incredibly involved with theatre through her school and plans to major in musical theatre in college. Nia hopes to one day land a role on Broadway. 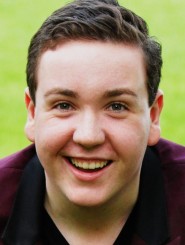 He is a high school senior at the Pinellas County Center for the Arts at Gibbs High School in St. Petersburg, Fla. Grayson has been involved with music since his childhood when he would put on skits and shows in his family’s living room. He actively participates in theatre both in and out of his school. He is the president of his school’s Thespian Society and volunteers frequently with his school’s National Honor Society. Grayson hopes to continue performing in the future, whether it is on Broadway or anywhere else in the country. 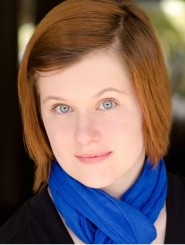 She is from Chicago and is entering her senior year at the ChiArts School where she is currently a musical theatre major. Through her education there, she has been introduced to the works of many Great American Songbook composers like Cole Porter and Rodgers & Hammerstein. She considers her life to be consumed by musical theatre in and out of the classroom setting and could not be happier about that. Milla dreams to someday be a working performer in New York. 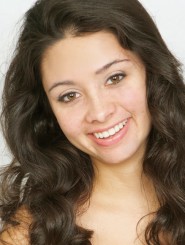 She is a future senior at Glenbord West High School in Glen Ellyn, Ill. She has participated since her freshman year in voice lessons and has a focus in classical Italian music. This is her second time competing in the Songbook Competition, and she has always had a great love for this genre of music. She participates in choir and theatre at her school. Molly is the president of her school’s bass fishing team, and she enjoys belly dancing and painting. In the future she hopes to combine her passion for theatre with her Spanish interests. 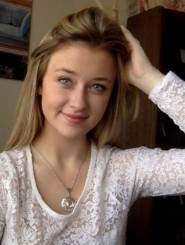 She is approaching her junior year at Yonkers Montessori Academy in Yonkers, N.Y. She has been singing since the age of three and currently takes piano and voice lessons outside of school. Though she is not familiar with the music of the Great American Songbook, music has always been a large part of her life. In the future, Merissa would either like to be a musician or a psychologist. 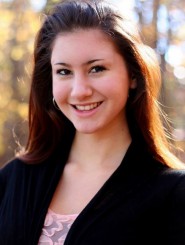 She is from Medford, Mass., and has been singing since before she began talking. From a very young age, she has been interested in this genre of music, especially the work of Esperanza Spalding. She is homeschooled and beyond that she is incredibly involved in her community. She volunteers for a suicide hotline and a local elementary school as a math tutor. In her future, she simply hopes to keep singing. In college, she hopes to study psychology and music. 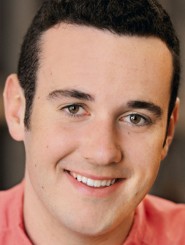 He is a recent graduate from St. Francis High School in Mountain View, Calif. He has been involved with music since he was a young child and is a big fan of the Golden Age of Broadway with some of his musical inspirations being Frank Sinatra, Gene Kelly and Fred Astaire. He is heavily involved with chamber choir, campus ministry, drama and student leadership. He dreams of one day appearing on Broadway, but his dream job is to be an artistic director for Cirque Du Soleil. 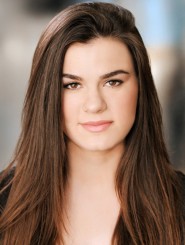 She is a recent graduate from Sir Francis Drake High School in San Anselmo, Calif. Christina is incredibly involved with music and performance through her community, school, and membership in the American Conservatory Theatre Young Conservatory. Christina was very active at her high school in performances of theatre and musical theatre fundraising, and was a student in Honors Theatre Directing. In the fall, she will attend the Westminster College of the Arts at Rider University in New Jersey studying musical theatre.