You are at:Home»Current in Carmel»CRC: TIF fears are unfounded

For some time now, city officials and taxpayers have anxiously anticipated an update on the finances of the Carmel Redevelopment Commission to see if there will be enough money to pay off its debts.

There were concerns that tax increment finance revenue would be lower than originally projected and the city would have no choice but to institute a new tax to pay off money owed for projects such as The Carmel Center for the Performing Arts.

On July 16, the CRC hosted a presentation that showed indeed TIF revenue will be short, but CRC board members believe that using money from a reserve fund account will solve the issue. 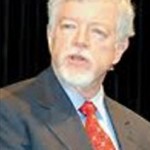 Umbaugh and Associates, a consulting firm hired to assist the CRC, revealed that TIF revenue alone won’t be enough to pay off $486 million that the CRC owes through 2037. Shortfalls are expected to be about $43 million for the life of this debt, but the CRC currently has nearly $50 million in a special reserve fund that was establish by the city council during 2012 refinancing that’s been built up through excess TIF money from the Parkwood TIF district.

While it’s never ideal to dip into savings to pay off debt, CRC Board President Bill Hammer said this was always part of the plan.

“Those who speculate in the press about the ability of the CRC to pay off future debt should realize that this isn’t new news,” Hammer said. “We had the same basic TIF Revenue estimate in 2012. In order to address possible future revenue shortfalls, we have identified several sources of revenue that could be used. That is the reason for the Parkwood TIF to be deposited in the Supplemental Reserve Fund – to cover the end-year payments.”

But Hammer’s statements might not silence people who are adamant that the city could implement a special benefits tax to cover its payments. This potential was used as a form of collateral by the city council as a way to strengthen the city’s bond rating. Lenders feel Carmel is a safe risk to borrow money because if revenues ever fall short, then the affluent community could easily afford this new tax.

“Alarmists would try to have you believe that we would use this measure first, but I can assure you that we are doing everything in our power to pay our bonds with revenue sources other than a special benefits tax,” Hammer said.

And while some bloggers and activists believe the tax is on the near horizon, most government officials don’t believe that is likely. Most believe it will be avoided, but what people disagree is about is the level of fiscal conservatism needed to prevent the tax.

“I do hope this is a wake-up call to some,” City Councilor Rick Sharp said. “We’re working hard on the council to provide every level of protection to avoid a special benefits tax. The sky is not falling, but the fact of the matter is that there are some tough financial decisions to be made.”

Sharp said he thinks this means some projects like the proposed Midtown Plan might be as far as 10 years away because he doesn’t think the CRC can afford additional debt at this time.

Still, Hammer said he thinks there’s no reason to believe that all development must stop. He emphasized that these are conservative estimates.

“Final dollars may be more than we anticipate,” he said. “The report looks at a worst-case scenario in order for us to plan for the future and not be surprised by any situations that come our way.”