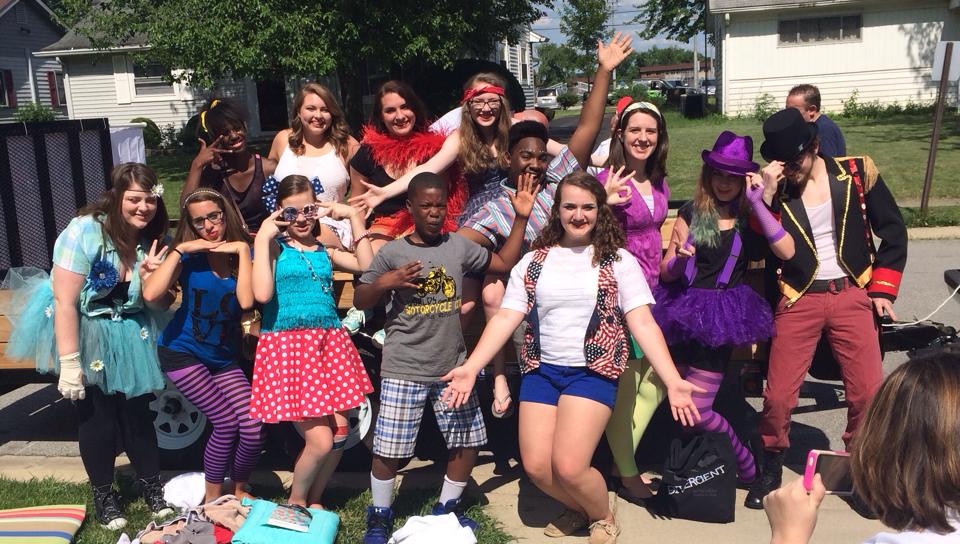 The teenagers involved in the performance of “Godspell” said it’s a chance to gain insight into biblical characters. (Submitted photo)

Noblesville’s Belfry Theatre will host performances of the parables of the Bible when “Godspell” is presented to the community on July 25 through July 27 and Aug. 1 through Aug. 3.
Godspell, meaning “good news” in Old English, was originally written by playwright John-Michael Tebelak with songs written by Stephen Schwartz, the composer behind “Wicked” and “Pocahontas.”

Structured as a series of parables, Godspell primarily revolves around the Gospel of Matthew and the life of Jesus.
Director Connie Murello-Todd hopes to give the show’s cast and crew, comprised primarily of actors under the age of 18, a fun experience.
“I try hard to keep it rated G or PG,” Murello-Todd said. “I also try to not be preachy, but the kids have actually gone and done a lot of their own research.”
The Belfry Theatre will turn 50 years old next year. It was established with the help of Betty Lou Kyle, who founded the Apprentice Players program, which helps young actors receive opportunities to work in a real theatre in a variety of capacities.

“It was one of (Betty’s) proudest achievements,” Murello-Todd said.
Students were encouraged to select their own costuming for the musical. Characters are usually referred to by the actor’s first name. Some characters, like John the Baptist and Judas Iscariot, are even played by the same actor.
This level of personalization lends a bit of fun to each actor’s interpretation of their character.

“I feel like Judas was more in love with the idea of a savior than Jesus himself,” said Charles Parrish, who plays both John the Baptist and Judas.
The religious angle of Godspell also plays an important role for community members who wish to express their faith.
“It’s lots of fun, but we’re learning a lot about scripture,” Katelyn Rose-Maudlin said. “My church told the same scripture as the show recently. We’re developing our skills and our faith.”
For more information, visit www.thebelfrytheatre.com.