You are at:Home»Current in Carmel»Carmel Cover Stories»Attracting new businesses to Carmel drives many City Hall decisions 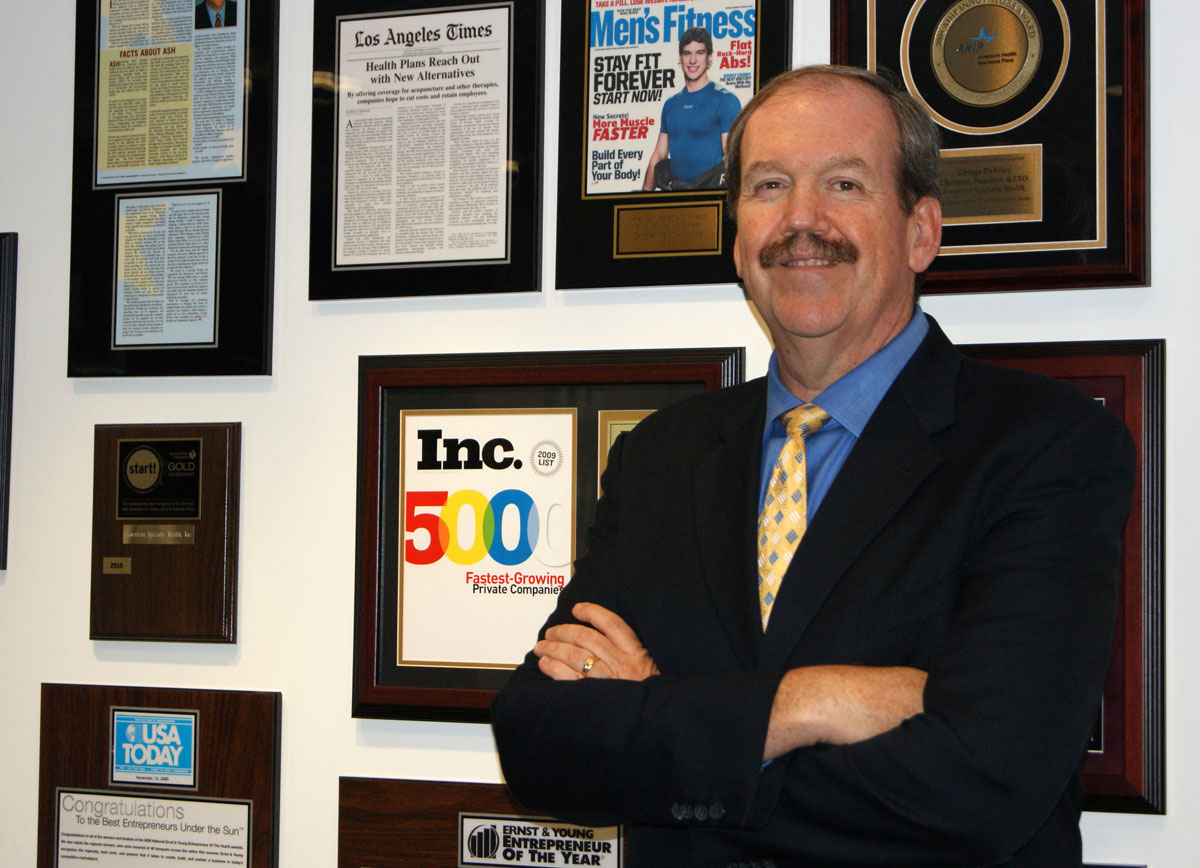 George DeVries came to Carmel with the simple idea of opening up a new operations center for his company, American Specialty Health.

Both the CEO and his sons attended Culver Academies and so he was familiar with Indiana and thought it would be a great addition for his San Diego-based company which projects more than $250 million in revenue in 2014.

But when DeVries met with Carmel officials, Mayor Jim Brainard had other plans.

“I asked him, ‘What would it take to get you to move your entire headquarters?’” Brainard told the Current in Carmel. “He tells me, ‘You’re not going to be able to do that. I’ve got my senior executive staff. I’d need seventy percent of them to move.’ They are all California born-and-bred people. It’s a nice place. Have you ever seen the weather there? But now they have more of their employees applying to move to Carmel then they have jobs available here.”

Brainard said 2013 was his “best year yet” since he’s been in office for attracting new businesses to move to Carmel. In addition to American Specialty Health and its 500 employees, Carmel convinced GEICO to open a new service center which will employ up to 1,200 people by 2016.

How to attract new businesses to relocate to Carmel is frequent conversation topic in City Hall. Brainard has invested heavily in consultant and economic development staff to help spread the word about Carmel in national publications.

But other city officials feel that Brainard’s approach is too tied to marketing.

No matter what strategy people favor, everyone believes that attracting business is the best way to grow Carmel’s tax base and fund the city’s amenities.

On July 1, The New York Times printed an article titled: “Mayor Drives the Remaking of an Indiana City; Redevelopment of Carmel, Ind., Has a European Flair.”

It was a glowing piece and Brainard was ecstatic, but such articles come at a cost.

The city hired consultant Rob DeRocker at a contract of $125,000 a year, and he’s credited with getting the Times article published, along with a front page story on the city in USA Today in 2012.

In addition, the city hired former Indianapolis Star reporter Dan McFeely to assist with economic development and social media at an annual contract up to $99,000 a year.

In Brainard’s mind, this is a great use of money.

“That’s probably worth a million dollars of paid advertising,” he said. “Same thing with our front-page story in the USA Today. It’s worth millions.”

The Hamilton County Economic Development Corporation, a local nonprofit, also assists Carmel in promoting the area. Executive Director Tim Monger said it recently conducted a survey of 124 executives and 30 site consultants and discovered only 9 percent said they were even somewhat familiar with Carmel.

City Councilor Rick Sharp, who has hinted at his own run for mayor, questioned spending so much on marketing consultants.

“If I were in charge, I would like to bring in someone with real economic development credentials on a local level,” he said.

City Councilor Luci Snyder has often opposed the consultant contract given to McFeely. She admits that her objections are personal because she had unpleasant interactions with him when he was a reporter at the Indianapolis Star. She claimed that he unethically slanted articles.

Snyder spoke about McFeely at open meetings, saying she didn’t feel he had the necessary background.

“Is Dan McFeely an economic development person?” she said. “I’m not sure he is.”

City Spokeswoman Nancy Heck has repeatedly defended McFeely’s hiring, saying his efforts in social media are a key part of the city’s strategy.

“The days of buying a black-and-white, two-by-four ad in the local paper have long past,” she said.

City Councilor Ron Carter said he feels every amenity – bike lanes, parks, the Palladium – are all keys to attracting companies to come to Carmel. In his mind, it’s even more important than taxes.

“We spent money on Carmel on amenities, as I like to say, to in effect make money,” he said. “We can lower taxes but that’s not going to attract people because they don’t move here just to save money. They have to want to live here.”

Brainard said he agrees, and every time the idea of tax abatements are raised, he tells government officials and business leaders that taxes are already comparatively low so it’s not necessary. As a result, Carmel gives out very few tax abatements, only 13 total, and most of those are on personal property and not real estate.

Sharp made a point to praise Brainard for “positioning Carmel” with a variety of amenities, but said he still feels cost is the top issue, which is why he feels it’s important to protect the city’s budget from any future taxes.

“Time and time again, the top question being asked is, ‘How does this affect our bottom line?’” he said.

When you ask corporate executives, they never name only one factor they consider when choosing a site. They mention schools, taxes, amenities and cost of living. DeVries said he was surprised by how affordable homes were in Carmel.

“Carmel itself as far as a city that our employees can live in offers a very high quality of life,” he said. “Cost of housing is far lower here than in San Diego.”

In a PowerPoint presentation he frequently uses, Brainard shows slide after slide of luxurious Carmel homes with price tags and property taxes listed in bold letters.

Roundabouts are emphasized in the report to show employees will have a short commute. Close proximity is front and center because Carter believes that no corporate headquarters will ever be moved unless it is at least – at least – twenty miles closer to the office for the CEO, he said.

And for those executives who say they prefer an urban environment instead of a quiet suburb, Monger has a sales pitch.

DeVries has already picked a home in the Bridgewater neighborhood and said his employees can’t wait to relocate.

“We’re counting the days, we’re so excited,” he said. “Not only do we think it’ll be a great move for our company, but we think we can make a real positive impact in the area.”