You are at:Home»Current in Carmel»Carmel Community»Column: Ancient art had hidden costs for Carmel art dealer

The story of how ancient Greek mosaics, looted from a Cyprus church, made their way to a Carmel art dealer and county commissioner is the stuff that novels are made of. In this case, it’s a true story. 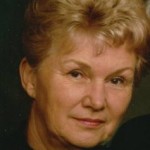 Peg Goldberg, who was born in Spencer, Ind., in 1939, established an art studio near 126th Street and Shelborne Road in Carmel about 40 years ago. She was a woman of many interests and pursuits – a social worker and health care administrator, an accomplished pianist, art dealer, animal lover and political activist.

She took an interest in local politics in 1986 mainly because she didn’t want to see 116th Street made into a 4-lane highway to Zionsville. She was elected as a county commissioner that year. Her election demonstrated there was little interest in widening 116th Street, and it remained as it is today.

Her art business began to flourish in the 1980s. Goldberg went on buying trips, and on a trip to Europe in 1988 she encountered a Turkish dealer named Aydin Dikmuz. One night in Vienna, he offered to sell her four priceless Greek mosaics dating to the 6th century. He wanted $1 million.

Goldberg called a wealthy banker friend and client in Carmel and advised that the deal was too good to pass up. She estimated the objects were worth $20 million.

The banker made arrangements for her to get the $1 million, an exchange was made at the Vienna airport and Goldberg flew home with the ancient artwork.

The crafty Turk had failed to tell Goldberg that the mosaics had been looted in Cyprus after the Turkish military had invaded the island nation a few years earlier. But, the Greek Orthodox Church leaders had not forgotten or given up on finding the treasured items.

When Goldberg advertised the antiquities for sale, a curator at the J. Paul Getty Museum in Los Angles saw the advertisement and notified the Greek authorities of the mosaics’ whereabouts. The church’s archbishop filed suit in federal court in Indianapolis asking for an order to have the stolen items returned.

The request was eventually granted. Goldberg lost the four mosaics and the banker lost his million dollars.

Ten years later the Turkish dealer was arrested in a Munich apartment where $40 million worth of stolen frescoes. icons and mosaics were found.

Meanwhile, Goldberg was back in Carmel with plans to marry for the first time. Bad luck followed her as she was the victim of a home invasion and robbery on the very day that friends had organized a bridal shower for her. Shortly after her marriage to a Richmond musician, Goldberg and her husband moved to Naples, Fla., and opened an art gallery there.

Goldberg was widowed in 2003, but remained in Florida operating her popular gallery until her death in 2012. The mosaics, one a likeness of Christ and three other Biblical figures, are now on display at the Byzantine & Christian Museum in Athens.