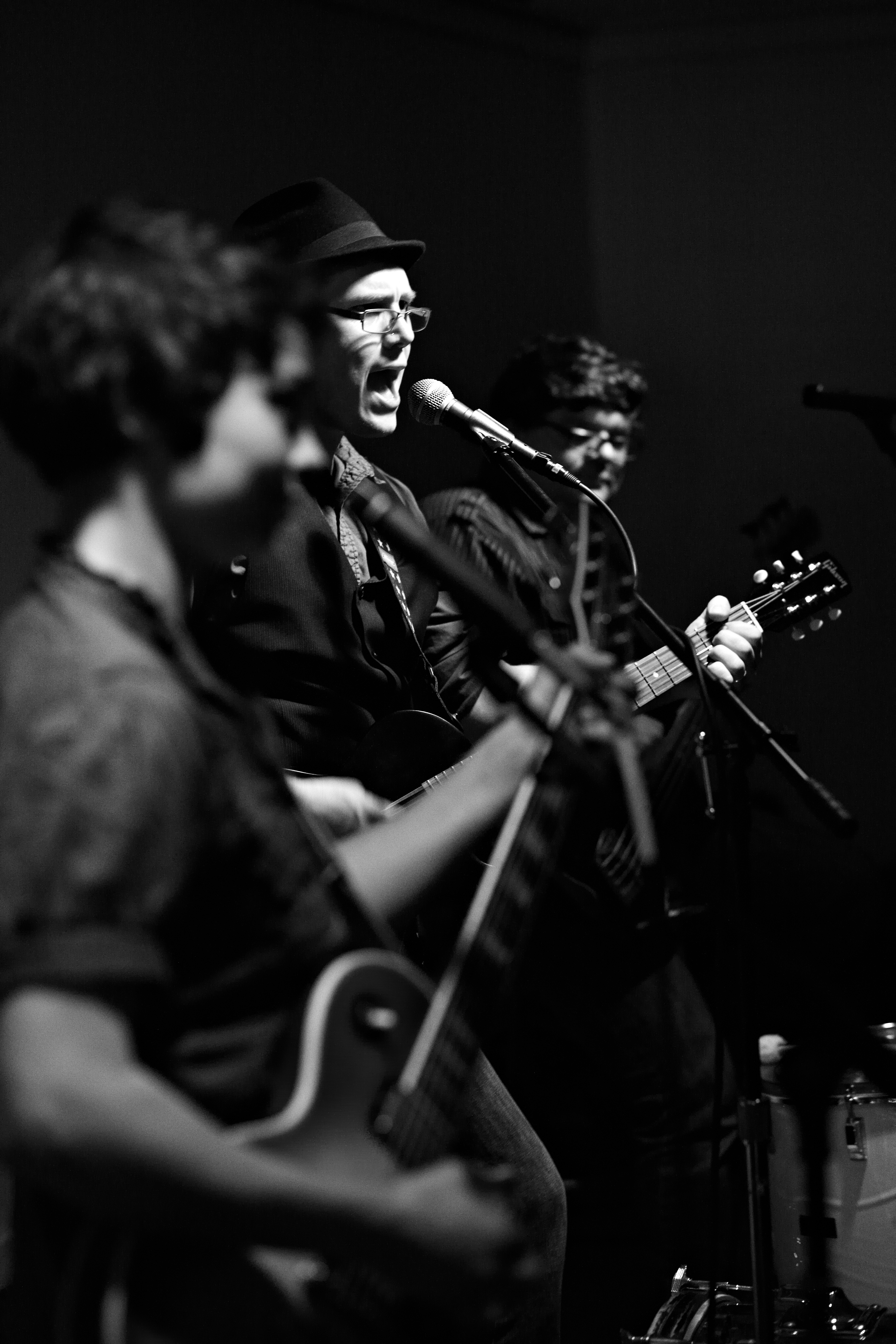 What do you get when you combine the raw energy of rock ’n’ roll with the temerity and soul of indie music?

Americana roots band Shiny Shiny Black – a group that wants to shoot down any preconception of either genre at its upcoming performance at Three D’s Pub & Cafe on July 11 with their self-described blend of “coffeehouse rock ’n’ roll.”
Shiny Shiny Black, which fluctuates anywhere between a solo act and three-piece band, began with vocalist, guitarist and songwriter Nathan Butler.

After backing musicians like Jonathan Reuel and Trent Wagler of The Steel Wheels, Butler picked up his own instruments and joined forces with guitarist and backing vocalist Anna P. Sherck. Amber Butler, Nathan’s wife and a recent addition to the band, provides bass to the mix.
“My network of connections and venues was more towards coffee house,” Butler said. “Singer-songwriter type. I wanted to bring a rock ’n’ roll feel.”
The group’s first album Travelers was released in April 2014, and it was self-produced by the band after extensive touring and recording.
The group’s unique mix of rock and indie, generally unseen at acoustic coffeehouse shows, has landed them in some funny situations.
“We show up to an acoustic venue, and somebody wasn’t as clear about what kind of band we were,” Butler said. “You’re getting that freaked out look when we carry in a bunch of guitars.”
The group tours, but tends to play shows in the Indiana, Illinois and Wisconsin area.
“I really like being from the Midwest,” Butler said. “People here tend to be very hard workers, tend to create, sometimes out of lack of resources or lack of having access to easier ways of doing things. It fills a certain kind of creativity into you when you have to solve problems bigger than you.”
Fans remain an integral part of the Shiny Shiny Black experience, Butler said. Crowd sing-alongs, videos of fans enjoying the performance, a standing ovation and encore at recent opening gig for Kevin Gordon remain in their minds.
For more information visit www.shinyshinyblack.com.