You are at:Home»Current in Carmel»Obituary: William Brandt 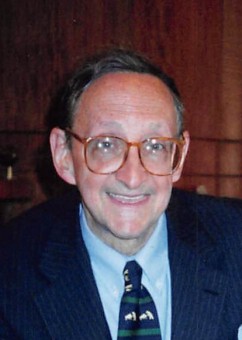 William Brandt, 73, of Carmel, died June 17, 2014. He was a longtime resident of Indianapolis and graduated from Broad Ripple High School. He received his bachelor’s and master’s degrees in industrial engineering from Purdue University. He was a member of Beta Theta Pi Fraternity and the Tau Beta Pi Engineering Honor Society. He was a vice president of investments at David A. Noyes & Co. in Indianapolis. He is survived by his wife Adria; four children, Suzanne Brandt, William (Jenny) Brandt, Catherine (Edwin) Stohlman and Christina Brandt; and five grandchildren, Alex, Mary Claire and Henry Brandt, and Ella and Andrew Stohlman. A Mass of christian burial will be conducted at 11 a.m. June 21 at St. Elizabeth Seton Catholic Church, 10655 Haverstick Rd E. in Carmel. Visitation will be from 10 a.m. until service time at the church. In lieu of flowers, memorial contributions may be made to The Little Sisters of the Poor, Juvenile Diabetes Research Foundation or the Humane Society for Hamilton County. Arrangements were entrusted to Leppert Mortuary – Carmel.