You are at:Home»Current in Zionsville»Sheriff Campbell stepping down after prostitution investigation 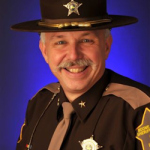 Following allegations of misconduct involving a prostitute over the last three to four years, Boone Co. Sheriff Ken Campbell announced Thursday he is stepping down from his position. This comes six months before his term was to end in December.

Chief Deputy Mike Nielson, who is the Republican candidate for sheriff in the November elections, will be acting as interim sheriff effective immediately.

In a press release to Current in Zionsville, officials state that Campbell has been the target of an investigation by the Boone County-Hamilton County Drug Task Force and the FBI.

“Certain allegations have recently arisen in regards to my conduct.  While I believe I have committed no illegal acts, I must apologize for serious errors of judgment in my personal life.   I have thoughtlessly and deeply hurt my family, friends, co-workers and those who placed their trust in me. I will make no excuses for my actions because there are no excuses.

I also realize that some might believe that all my previous words about honor, duty and responsibility now seem hypocritical.  While I completely understand those concerns, I would just say that I did, and still do, believe in those ideals even if I did not live up to them in my own personal life.

I will have no further statement on this matter and would ask for privacy as I work to regain the trust of my loving wife Shari and our family who has needlessly suffered because of my self-centered actions.  I will also work to again be worthy of the trust that so many placed in me over the years. For now I am preparing to submit my retirement paperwork forthwith. Chief Deputy Nielsen, whom also deserves a public apology because of my thoughtlessness, will serve as acting Sheriff.”

Officials have not said whether or not Campbell will be charged with any criminal activity.

For more on this developing story, visit youarecurrent.com.