You are at:Home»Current in Zionsville»Whitestown polo club starting new season at Hickory Hall 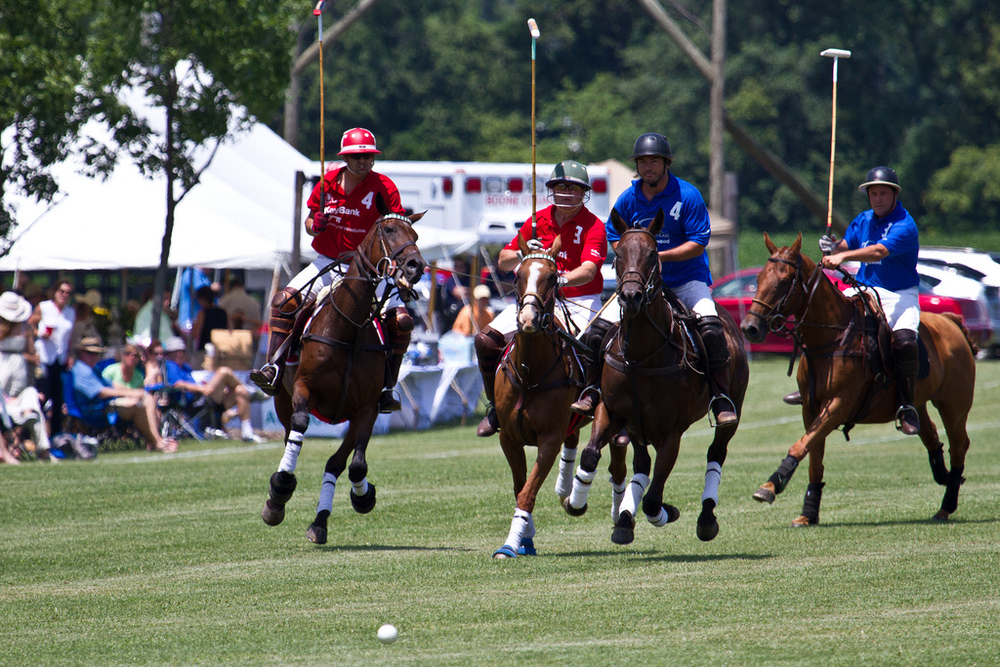 Players run through a match during the 2013 season. Hickory Hall Polo Club is one of two polo clubs in the state. (Submitted photo)

Indiana only has two official polo clubs, and one of them is right here in Boone County.

The Hickory Hall Polo Club, in Whitestown, is kicking off its 2014 polo season this week on June 20.

Fridays and Saturdays from June through September, Hickory Hall Polo Club members have matches at their Whitestown location at the Hickory Hall farm, in addition to travelling to nearby cities for matches.

Donna Freeze, whose fiancé is polo player Bill Thompson, is a polo enthusiast and said that polo is a rare sport in the Midwest—but not so far removed for everyone to enjoy.

“It’s a great event for all ages,” Freeze said. “[The matches] are so much fun.”

Freeze said that players range from age 22 to age 72, and is a club for both men and women players.

Every match played at Hickory Hall raised funds for a local charity such as Little Red Door, or Witham Health. 100 percent of all proceeds from the matches go towards charity.

Bring your Picnic and Cooler

The Gala Event of the Season

An Entire Evening of Entertainment

Polo on the Prairie

Bring Your Picnic and Cooler