You are at:Home»Current in Westfield»Westfield’s Kennedy Martin returns to the stage for Disney musical 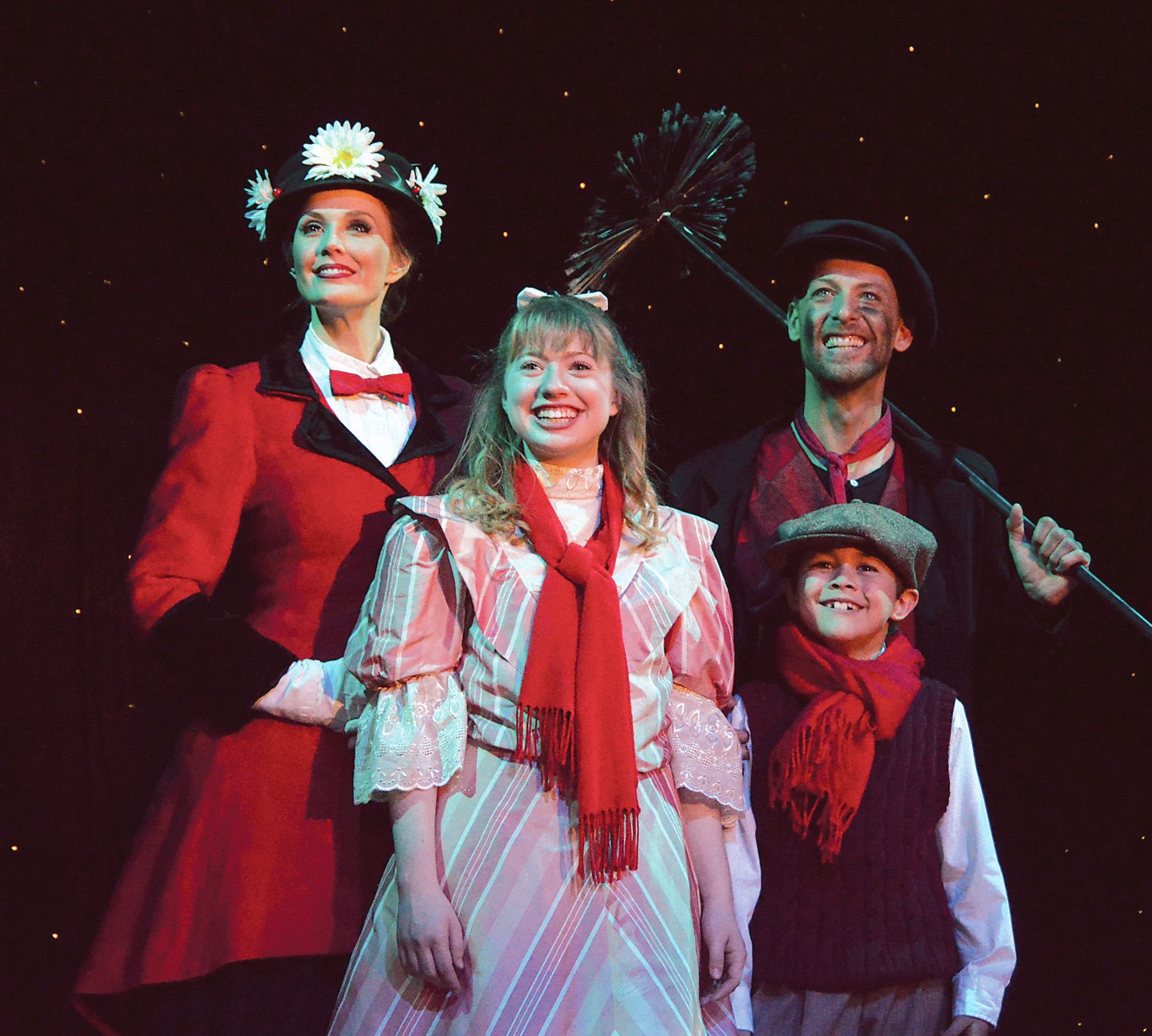 At an age when most adolescents are asserting their independence, Kennedy Martin of Westfield is very happy under the care of the world’s most famous nanny.

Kennedy, 17, is starring in the role of Jane Banks in Beef & Boards Dinner Theatre’s production of Mary Poppins. Jane and her brother Michael, played by Logan Sejas of Greenwood, have sent many a nanny packing before Mary Poppins arrives on their doorstep in England in 1910. Using a combination of magic and common sense, she teaches the troubled Banks family how to value each other again.

“I saw Mary Poppins when it came to Indianapolis on tour,” Kennedy said, adding this sparked her interest in performing in the production at Beef & Boards. “Mary Poppins is a fun show with a lot of energy!”

Based on one of the most popular Disney films of all time and on stage through June 29, this is the musical’s debut at Beef & Boards.

But it’s not Kennedy’s debut at the Indianapolis dinner theatre, where she was seen this time last season as Louisa von Trapp in The Sound of Music, as well as during the holiday season as Fan and Martha Cratchit in A Christmas Carol.

“I love being able to step into someone else’s shoes and tell a story,” Kennedy said, noting the biggest challenge for her is balancing schoolwork and the show. “But my school is very supportive – which makes it easier!”

At Heritage Christian, Kennedy played the role of Susan Waverley in White Christmas. She is a member of the High School Praise and Worship Band and Colle Voce Choir, and plans to pursue a career in performing arts.

Tickets range from $38.50 to $63.50 and include Chef Odell Ward’s family-friendly dinner buffet, prepared in-house for each performance, and select beverages. Plus, as Beef & Boards’ 2014 Family Show, Mary Poppins tickets are discounted $10 for children ages 3-15.

For reservations, call 872-9664 between 10 a.m. and 7 p.m. Tuesday through Sunday and 10 a.m. to 5 p.m. Monday. For more information, including complete show schedule, visit beefandboards.com.