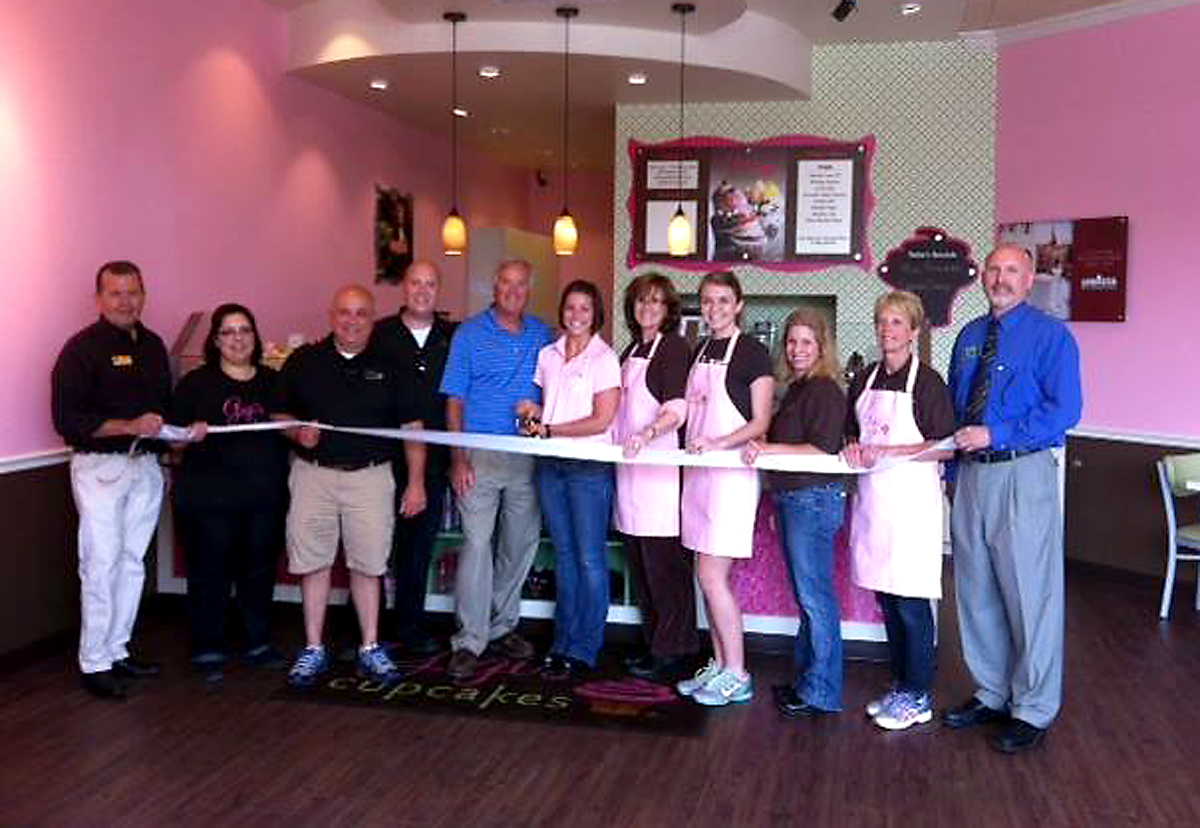 GiGi’s Cupcake, which opened and held its ribbon cutting on May 29, bakes its cupcakes fresh in the store daily and has a different menu for each day of the week. (Photo by Anna Skinner)

Westfield gained a delicious addition on May 29, when a newly built GiGi’s Cupcakes opened its doors for the first time at 2454 E. 146th St.

GiGi’s specializes in fresh cupcakes, but its other merchandise includes stuffed cookies, muffins, cheesecakes and beverages such as iced tea, lemonade and Coke products at this store in particular. This location also will be blessed with an espresso bar, and not all GiGi’s stores include that.

An espresso bar isn’t the only addition to this location in particular though.

“One of the things exclusive to this location is the Monon Social Room included in the store,” general manager Lauren Burton said. “It is a place for parties and events, and it’s going to be a place to gather if business people have a need to sit and have a spot to get their work done. Especially with the coffee and muffins as well, it’s a great place for them to get their business done and be in a relaxing environment.”

Gigi’s bakes its cupcakes fresh in the store daily, yet that is not the only thing that separates it from other cupcake chains. GiGi’s also doesn’t like to waste their goods at the end of the day, so they decide to give back to the community.

“We have a list of folks who we can call and donate leftover cupcakes to and they take them to shelters,” Burton said. “Or sometimes we will take them to our business partners in the plazas we are located in. We don’t waste anything. We either donate or take the items to build relationships with those around us.”

Nick Pappas, the owner of all the GiGi’s Cupcake stores in Indianapolis and the surrounding area, is personally thrilled to have a location in Westfield.

“We are absolutely proud to have another Hamilton County GiGi’s here in Westfield,” he said. “We have close ties to Hamilton County. We’ve raised our children here, this is our home, and we are really happy that the community has accepted GiGi’s cupcakes into their homes.”

GiGi’s has a different cupcake menu for each day of the week in addition to the daily baker’s special as well. Summer hours are 7:30 a.m. to 9 p.m. Monday through Thursday and 8:30 a.m. to 10 p.m. Friday and Saturday. The store offers free WiFi and also caters different events throughout the year. To view the daily menu, visit www.gigiscupcakesusa.com/westfieldindiana.