You are at:Home»Current in Westfield»Westfield greets walking traveler 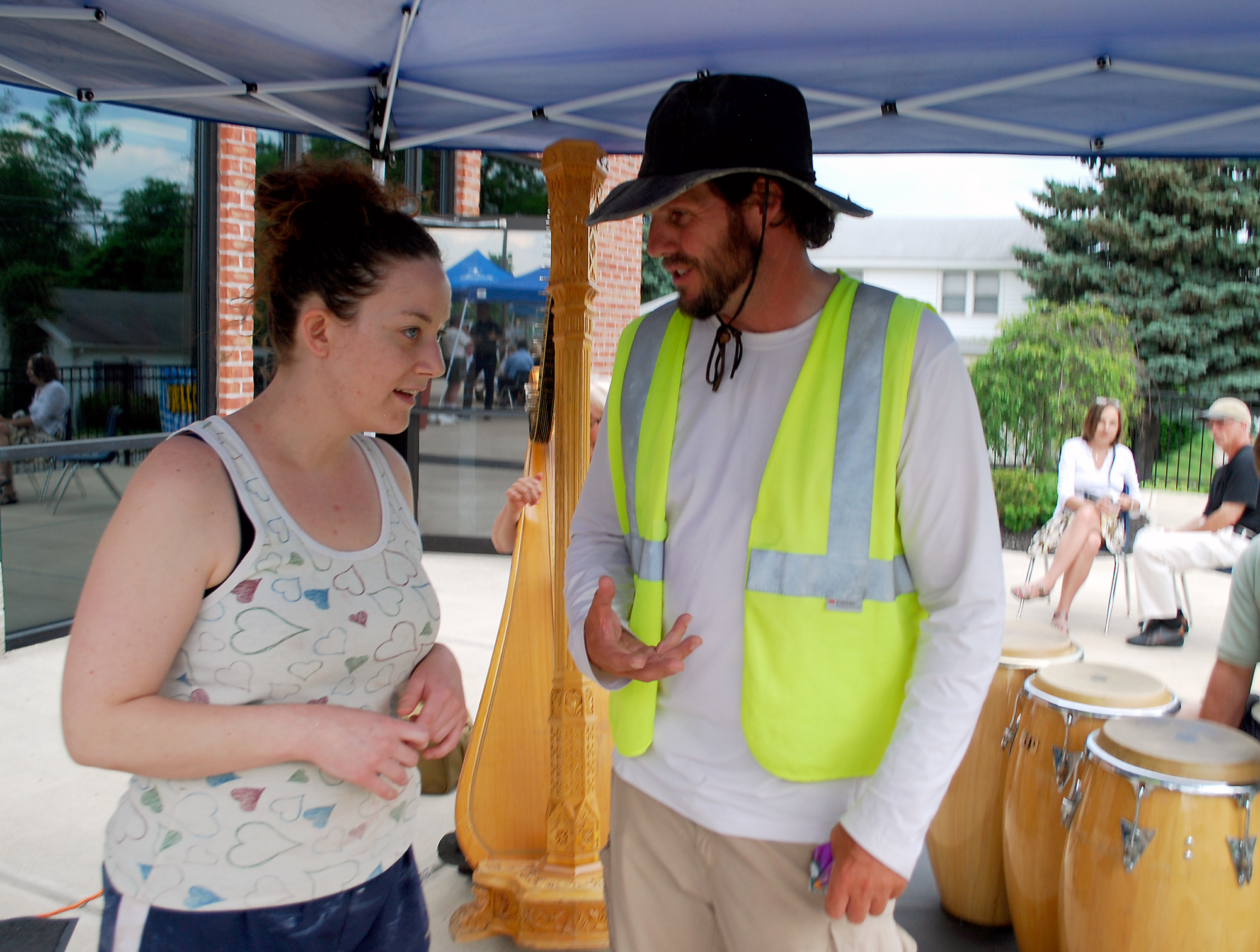 During his stop in Westfield on May 28, Erin O’Rear talks with Kenyon Eastin as he travels from New Jersey to San Francisco. (Photo by Robert Herrington)

On March 12, U.S. Navy veteran Kenyon Eastin began a journey of self-awareness and discovery in Horseshoe Cove, N.J. On May 28, the Utah resident made his way to Hamilton County.

“I’m not wondering. I’m walking,” Eastin said, adding his journey will end in San Francisco at the end of this year.

While his trip has been life-changing, it also has been tough. On his first day, the harsh winter caused Eastin’s water to freeze and he had overloaded his cart.

“I was going to quit that day. I thought ‘This was not what I was thinking it would be,’ but I made the decision not to give up,” he said, adding a family provided him a warm meal and their generosity brightened his spirits. “After that first set of people helped me out, that was it. I kept going, and I’ve been going ever since.”

Eastin said he thought about walking to raise awareness and funds for the Wounded Warrior project but was afraid he would leave out other worthy charities like United Way.

“It wouldn’t be genuine,” he said. “I’m not doing it for any reason but to see my country and meet people.”

One of his “road angels” he found pushing his cart of food, supplies and hope was Erin O’Rear. O’Rear was leaving her pottery shop, The Wandering Peacock, on Union Street to make a delivery when she came across Eastin on Ind. 32.

“He was walking right around The Pancake House. I saw him and honked my horn. I heard about him on NPR,” she said. “The voice inside me said, ‘Turn around and talk to this guy.’ We went to Noblesville and then the Party on the Patio.”

In addition to providing Eastin with a few hours of fellowship amongst Westfield residents, O’Rear provided him a place to sleep for the night.

“I’m so glad I honked my horn and took a chance. I went against everything my dad ever said,” she said.

Eastin, who has seen many dilapidated and depressed towns across the nation, said Westfield was vibrant and he enjoyed his visit.

“I think the people in Westfield, for lack of a better term, are positive and forward-thinking. Everyone is talking about the future,” he said.

Eastin chronicles his journey with photos and thoughts at www.Facebook.com/KenyonsCoasttoCoastWalk.