You are at:Home»Current in Fishers»Opinion: Don’t like the federal government? It’s up to you to make a change

Are you fed up with Washington? If not, and you think things are fine, then keep doing what you’re doing – voting Republican, Democrat or just not voting at all. Then nothing will change – except, of course, the deficit will continue to rise (your portion is only $55,000, or $220,000 for a family of four) and federal agencies will continue to encroach on your freedom (for your own good, they say). 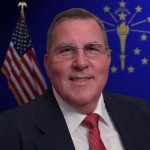 I used to be a Republican because I thought they were the party of small government. But then I discovered that Republicans have controlled the House of Representatives, where spending bills must originate, for 14 of the past 18 years, and our deficit grew from less than $5 trillion to more than $17 trillion. Four of those years, they controlled not only the House, but also the Senate and the White House, and the deficit still increased $2.2 trillion. Republicans say they’re for small government, but their actions speak otherwise.

I’ve changed. I joined the Libertarian Party. Libertarians truly believe in individual freedom, free enterprise and small, limited government – only large enough to protect us and our property from those who would use force to harm us, yet small enough not to overstep its authority.

The Libertarian Party has selected me to be on the November ballot for Indiana’s fifth congressional district. If you agree with me that we need to change direction, please take a look at my website, www.kromforcongress.com.

John Krom is the Libertarian candidate for Congress in Indiana’s fifth congressional district. He can be contacted via www.kromforcongress.com.