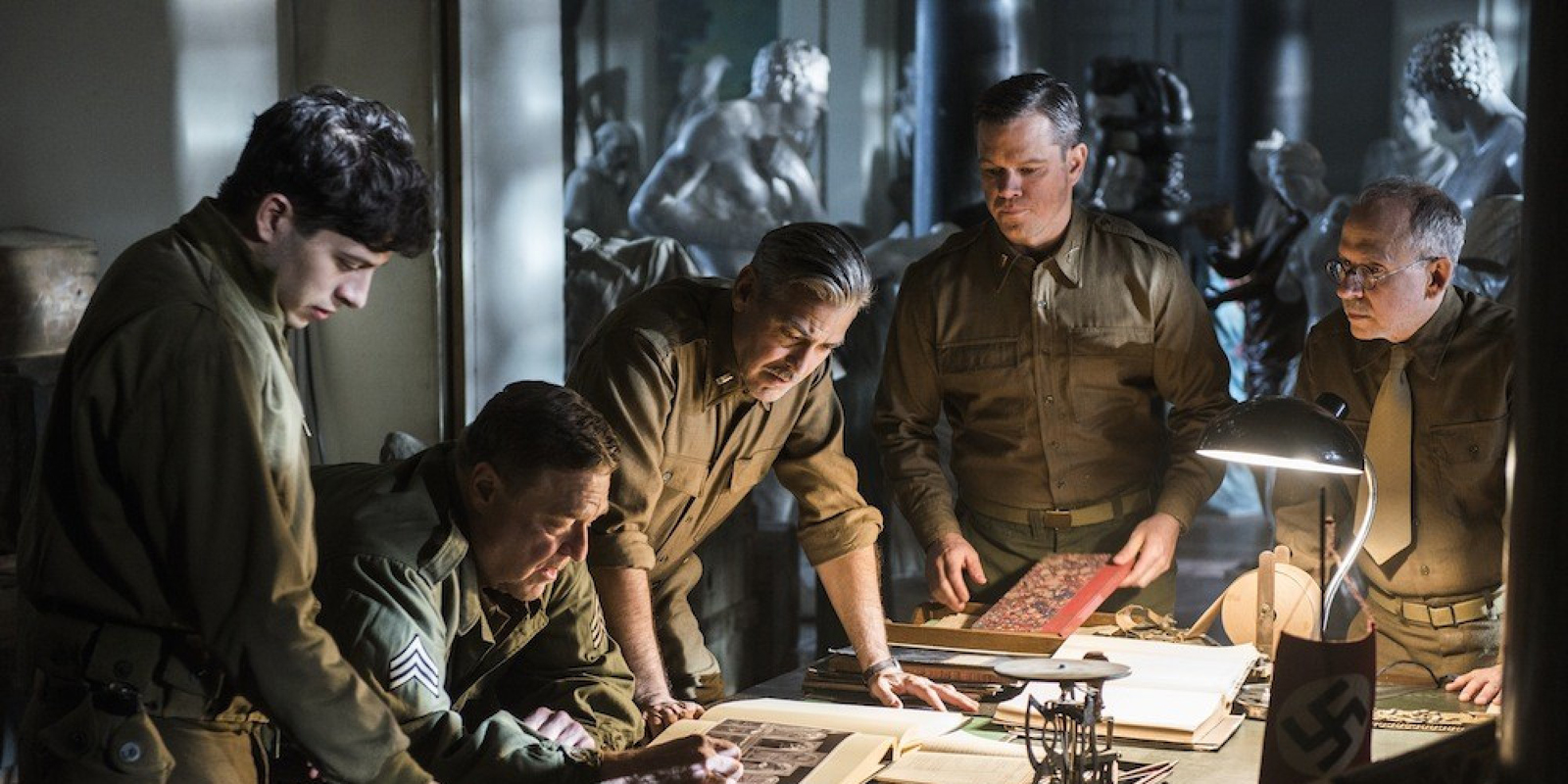 One of the more disappointing films of the last few months, “The Monuments Men” was an OK movie that could’ve been great.

You had an offbeat, interesting subject: the citizen/soldiers who labored during World War II to save art works and antiquities from destruction or theft by the German Reich. And a reliable director, George Clooney, who also co-write the script (with Grant Heslov, a frequent partner-in-crime). Plus, in addition to Clooney, an eclectic cast of (mostly) older white guys: Matt Damon, John Goodman, Bill Murray, Bob Balaban, Jean Dujardin.

Alas, this is a gumbo with a whole list of great ingredients that just didn’t come together in a flavorful way. “Men” is alternately silly and somber, and the incongruity cancels out the effectiveness of each.

The film takes great liberties with the historical record – starting with the fact that the Monuments Men are depicted as a small motley group of art experts, when in fact hundreds of people were involved with the effort.

In trying to turn this into, effectively, a “Dirty Dozen” type of story, Clooney and his cast and crew try to do a whole bunch of things, and end up not doing anything particularly well.