You are at:Home»Current in Carmel»Carmel Community»Cheri Dick stepping down as executive director of Carmel’s Civic Theatre 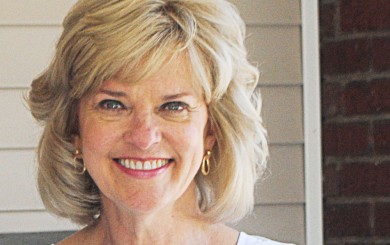 The longtime leader of Civic Theatre has decided it’s time for a change. A Civic spokeswoman said that Cheri Dick has decided to phase herself out of the role of executive director.

“I’m not leaving completely, though,” Dick said, noting that she will continue to lead the Civic Theatre’s current capital campaign with the help of community volunteer Don Knebel. “Civic is just too dear to my heart. I couldn’t step away completely.”

In the meantime, there is a search to hire an interim executive director. Eventually a national search committee will select another nonprofit leader to fill Dick’s shoes.

Dick has been executive director of Civic Theatre since 2005 and oversaw the theatre’s move from Indianapolis to Carmel’s Center for the Performing Arts.

Civic spokeswoman Catherine Dixon said that Dick and her husband, Rollin, could use more time to travel the world.

“I’m madly in love with my husband,” Dick said. “I wanted to spend as much time with him as possible.”

The trip they take this summer – a train ride across Canada – will be their first big trip together without the demands of a daily job competing for her time. And in the future she hopes to complete her fundraising responsibilities from the comfortable confines of a beach.

But Civic still has a piece of her heart.

“I love that place and I love the people,” she said tearfully.

Looking back on her time with Civic, there were two days that really stand out: The day she was hired and the day they moved to Carmel.

She said of the move, “We were just giddy.”