Hamilton County’s emergency communication services will become more efficient as a new 911-dispatch software program has been chosen by a committee of fire, police, records and public safety personnel.

“It’s absolutely a game-changer,” Noblesville Police Chief Kevin Jowitt said. “We will have information available at our fingertips that will fundamentally change the ways we do our jobs.” 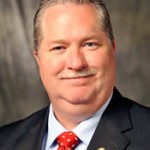 Michael Snowden, executive director of communications, said InterAct was selected over OSSI and New World, the current software being used in the county. Snowden expects the conversion to be completed by the beginning of 2015 and the move will not affect any staffing positions.

“The interoperability – share information with other agencies – is just huge,” he said.

“We feel, from a public safety standpoint, that InterAct is the right product to move to,” Sheriff Mark Bowen said.

Hamilton County has been using two software dispatch systems for the past year and a half since all dispatchers were consolidated into one center. When taking a call, emergency dispatches have two different forms they can fill out – one for Noblesville and Westfield and another for the other county public safety agencies.

“I’ve never seen an agency use two systems for more than a few weeks at a time,” said Snowden, who has worked in the public safety field for 27 years.

The software component is the final step in upgrading the public safety communication network in Hamilton County. First, the various dispatch centers were combined to one location in the Sheriff’s Office. Then new radios and cell towers were installed.

“It’s taking public safety to the next level,” Bowen said.

InterAct is used by the Indiana State Police, Marion County and most of the surrounding doughnut counties. By being on the same system, public safety officials will have access to their records. The web-based system also protects the county in case of power loss or computer issues.

“It builds in redundancy we don’t currently have now. If we lost a server, folks can still access the site and we’ll still have functionality on the web,” Jowitt said. “It takes things to the next level.”

“If we loss connectivity, pen and paper is the backup system (currently),” Snowden said.

Snowden was given permission to begin preliminary negotiations with InterAct by the Hamilton County Commissioners. He said it was too early to discuss costs but Commissioner Christine Altman said the county would cover the software costs and conversion so municipalities won’t incur fees.

“We are able to cover the costs with 911 fees and grant support. So it will be a lot less of a burden on jurisdictions and the county,” Altman said.

■ The commissioners agreed that candidate signs will not be allowed in front of the Hamilton County Judicial Center except on Election Day (May 6).

■ A change in landscape provider will save the county $7,000. Buildings and Grounds Supervisor Steve Wood said the contract is with Hamilton County-based JSD Mowing Services, Inc.

■ A right-in, right-out has been approved for Ricker’s Gas Station near the intersection of 146th Street and River Road in Carmel. If future road improvements are made at the intersection, the commissioners have the flexibility and discretion to have it removed.