You are at:Home»Current in Carmel»Obituary: Charles “Chuck” Cary 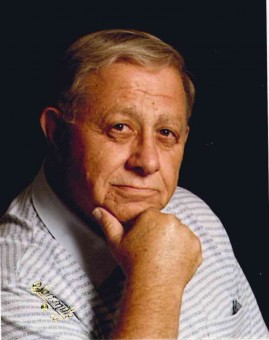 Charles “Chuck” Cary, 77, of Carmel, died April 15, 2014. He was born March 23, 1937, in Racine, Wis., to the late Charles and Gertrude Bires Cary. Chuck attended Whitewater State University and was a graduate of Kenosha Technical Institute with a degree in Data Processing, Applied Science. He married Sandra Hoover on July 19, 1969. Chuck worked for 32 years as a Consultant in the area of data processing with various companies, retiring in 2000 from Hasbro Analyst Systems. He was a veteran of the U.S. Army and a member of Carmel Lions Club. Chuck was an avid Colts fan having had season tickets for a number of years and then followed their games on TV. In his leisure time, he also enjoyed playing golf. Survivors include his loving wife of 44 years, Sandra; two sons, Christopher (Heather) Cary of Fishers and Stephen Cary of Carmel; two granddaughters, Maren and Kellan; two brothers, Richard (Peggy) Cary of Chico, Calif., and George (Andrea) Cary of Howell, Mich.; a sister, Susan (Thomas) Acklam of Charlotte, N.C.; and many nieces and nephews. A funeral service will be conducted at 1:30 p.m. April 24 at Carmel United Methodist Church, 621 S. Range Line Rd. in Carmel. Visitation will be from 11 a.m. until service time at the church. In lieu of flowers, the family requests memorial contributions be made to Carmel United Methodist Church, 621 S. Rangeline Road, Carmel, IN 46032; or Carmel Lions Club, 141 E. Main Street, Carmel, IN 46032. Envelopes will be available at the church. Arrangements and care entrusted to Bussell Family Funerals in Carmel.