You are at:Home»Current in Carmel»Carmel Community»‘Cinderella’ ballet a lavish production 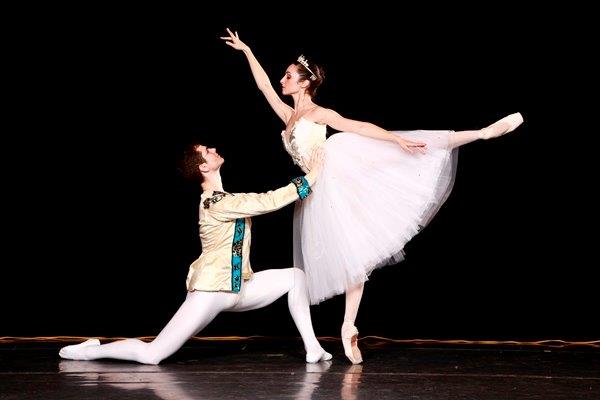 Christian Griggs-Drane and Micaelina Ritschl will perform in the ballet performance of Cinderella at Clowes Hall on April 26. (Submitted photo by Brent Smith)

Traditional fairytales stand the test of time. They are told across generations to develop character and instill morals.

And that universal appeal is why the organizers of Butler Ballet will be featuring the familiar tale of “Cinderella” in a three-act ballet performance.

Butler Ballet has been around since 1951, and, at the moment, it claims to be the only ballet company in the city that is performing fully-staged classical works.

Executive Director Larry Attaway said that every year the directed spring performance is a classical piece.

“This year it happens to be the 20th century ballet ‘Cinderella,’” he said. “It’s based on an original French fairytale.”

Cinderella tragically lost her father. Unfortunately, her stepmother along with her daughters pushes Cinderella aside into a life as a servant girl. Cinderella was kind to a larger woman while the rest of her family rejected the woman. Cinderella later discovers this woman is a fairy godmother who offers Cinderella her “happily ever after.”

The story has been told and retold in many forms, but the ballet is based on the traditional tale. Attaway said, “The moral is if you are kind to everyone, you will be rewarded.”

According to Attaway, the Butler Ballet has several classical pieces in their repertoire that they rotate each year.

“Every year we bring forward a different classical approach for our students so they have a different experience,” he said.

It takes the work of all the staff and students to pull off such a graceful and enjoyable production. “I am an executive director of the company but all of the faculty members are involved in the choreography so we all come together for a great cohesive work,” Attaway said. “There is beautiful music, sets, and costumes. There is a great sense of humor throughout with the stepsister characters. It is a lavishly done production.”

And early attendees of the April 25 performance should plan to attend a lecture on the physics of dance at 7 p.m. by science educator Mark Kesling, president of The Da Vinci Pursuit, an organization dedicated to exploring connections between art and science.