You are at:Home»Current in Zionsville»Zionsville Eagle Scout builds Memorial Plaza

The illustration shows the brick platform Sugar is building beneath the flagpole. Zionsville resi- dents and businesses can purchase bricks to help fund the project. (Graphic by Jackson Sugar.)

Correction: Jackson Sugar is working towards becoming an Eagle Scout. It was reported that he has already been given this title but at the time of publication he was still working towards that title.

Zionsville High School student Jackson Sugar is an Eagle Scout in Troop 358. This year, he saw a need for the American Legion flagpole to be rebuilt and beautified. Using more than $2,000 of his own college savings, he has created a space called the Zionsville Post 79 Memorial Plaza at the Legion. 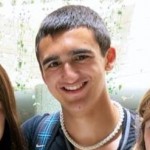 Current in Zionsville asked Sugar about his project. Below are his answers.

Q: What is Memorial Plaza at the Legion?

A: It is a project to transform a blighted area beneath the flagpole at Zionsville American Legion Post 79 into a dignified place of honor and appreciation for our veterans. As my Eagle Scout Service Project, I will lead the construction of a raised stone plaza within which will be laid 1,000 bricks, many engraved with the names of those living or deceased who have honorably served our country.

Q: Why the Zionsville Legion?

A: Zionsville’s veterans have sacrificed so much for our country … and the Zionsville American Legion members continue to actively serve our community, including sponsoring a Boy Scout troop, a Venturing crew, and a Cub Scout pack. Helping to build Memorial Plaza is the least we can do to show our appreciation.

Q: Why this project?

A: Is there a more prominent representation of the values of the Zionsville American Legion than the American flag flown at its front door? Sadly, the area beneath the flagpole has fallen into disrepair. Many of the veterans are embarrassed by the condition of the area, especially whenever they hold special patriotic ceremonies. When I presented the idea of building Memorial Plaza, the veterans were delighted and many of them have supported the construction by engraving bricks.

Q: What have you learned by doing this project?

A: First and foremost, Scouting is about service. It’s nice to be working on a project that will make a lasting difference, and be a permanent symbol of Zionsville’s appreciation for those who have served us in uniform. Given the community’s terrific response to Memorial Plaza at the Legion, this project has also reminded me how lucky I’ve been to grow up in Zionsville.

Q: How is money being raised?

A: Individuals can engrave bricks to honor living or deceased veterans. Businesses are being asked to sponsor special Bricks of Valor to honor Zionsville-area veterans who were awarded the Distinguished Service Cross, Silver Star, Bronze Star and/or Purple Heart.

Q: How is funding going?

A: The fundraising phase is aggressive. As of April 8, about half of the needed funds have been raised. To keep the project on track, I have provided $2,000 from my personal savings, but I’m confident that Zionsville residents and businesses will help me reach my fundraising goal of $4,000.

Q: When will Memorial Plaza at the Legion be completed?

A: The project will be completed on Armed Forces Day, May 17. It will be formally dedicated on Flag Day, June 14.