You are at:Home»Current in Carmel»Carmel Community»Songbook Hall of Fame to induct 3 new members 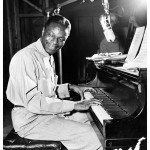 Michael Feinstein will be present to induct a new round of singers as part of the Great American Songbook Hall of Fame.

“The Hall of Fame honors America’s songwriters and artists,” said Feinstein, the Center for the Performing Arts’ artistic director. “We are celebrating the Great American Songbook by recognizing artistic contributions, and providing a showcase for the next generation to discover our musical heritage.”

Nat King Cole will receive the Legend Award. It’s awarded posthumously to an artist who made a significant contribution to the Golden Age of American popular music, typically defined as the period from the early years of the 20th century through the 1960s. 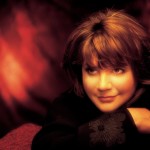 Linda Ronstadt will receive the New Standard Award. It’s awarded to the artist, songwriter or performer who continues to create the soundtrack of our lives by writing or performing music that will stand the test of time and become the pop standards of tomorrow.

The gala weekend kicks off in red-carpet Hollywood style June 20 at the Indiana Roof Ballroom with a cocktail reception and silent auction, followed by dinner and dancing to a big band orchestra led by New York’s acclaimed Tom Postilio. Plus there will be a special cameo performance by Michael Feinstein.

The induction ceremony will be June 21 at the Palladium.

For table reservations or individual tickets, call Laura Varnau at 819-3521. Tables of 10 start at $5,000 and single weekend tickets are $500. Information is available online at www.thecenterpresents.org. 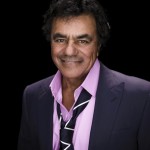 Tickets are sold as a package and include admission to all events on both evenings. Individual tickets for Saturday night are $200.