You are at:Home»Current in Westfield»Shamrockin’ for a cure

The American Cancer Society’s Relay for Life movement unites people throughout the globe in order to celebrate the lives of people who have battled cancer, remember loved ones lost and fight back against the disease. Each year, City of Westfield employees take part in the Relay initiative to raise much-needed funds and awareness to help finish the fight against cancer. 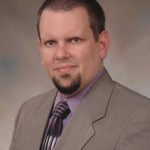 Each participant’s reason for walking is as unique as their own experience with cancer. Scott Clouse, a detective with the Westfield Police Dept., has battled cancer several times and has organized the city’s Relay team, called “Shamrockin’ for a Cure.”

Question: Why is Relay for Life so important for you?

Answer: “I was diagnosed with lung cancer two years ago. It is stage 4 and chemo and biological treatments have been successful in that my lung cancer and where it originally spread to are both gone. Recently, the cancer returned in another area. However, I finished those treatments last week and feel the best I ever have. I thank God for taking control of my life. It has truly been an amazing journey so far.”

Q: What are your goals?

A: “I want to make this the best Relay event the City of Westfield has been involved in. I want to show our employees and their families that are battling or surviving cancer that we care. I want to show the community we serve we care for them, too. Wouldn’t it be neat to get at least 50 percent of the city employees signed up? Think of the impact we could have. I have challenged my brothers and sisters at the police department to a 100 percent sign up. This is our time to show everyone the hearts of Westfield city employees. I know they are pretty huge!”

Q: What has the response been like so far?

A: “The list of helpers is growing and the support of the employees of this city is overwhelming and awesome. I could not do it all without help from Sgt. Billy Adams, Officer Eric Grimes, and Gary Harling and Scott Wolfe from the WFD as co-captains. In traffic enforcement, we regularly did a blitz where we saturate areas and target drunk driving and speeding/reckless driving. Shamrockin’ for A Cure is going to be an all-out blitz on cancer through our efforts.

“This city has been my home for 14 years and WOW, what a home and family I have had! The city of Westfield is going to shine bright and we will be able to show support and help to so many this year. Thanks to everyone who is getting involved!”

Scott Clouse is a detective with the Westfield Police Dept. He can be reached at sclouse@westfield.in.gov or 804-3200.