You are at:Home»Current in Westfield»Mayor for the evening 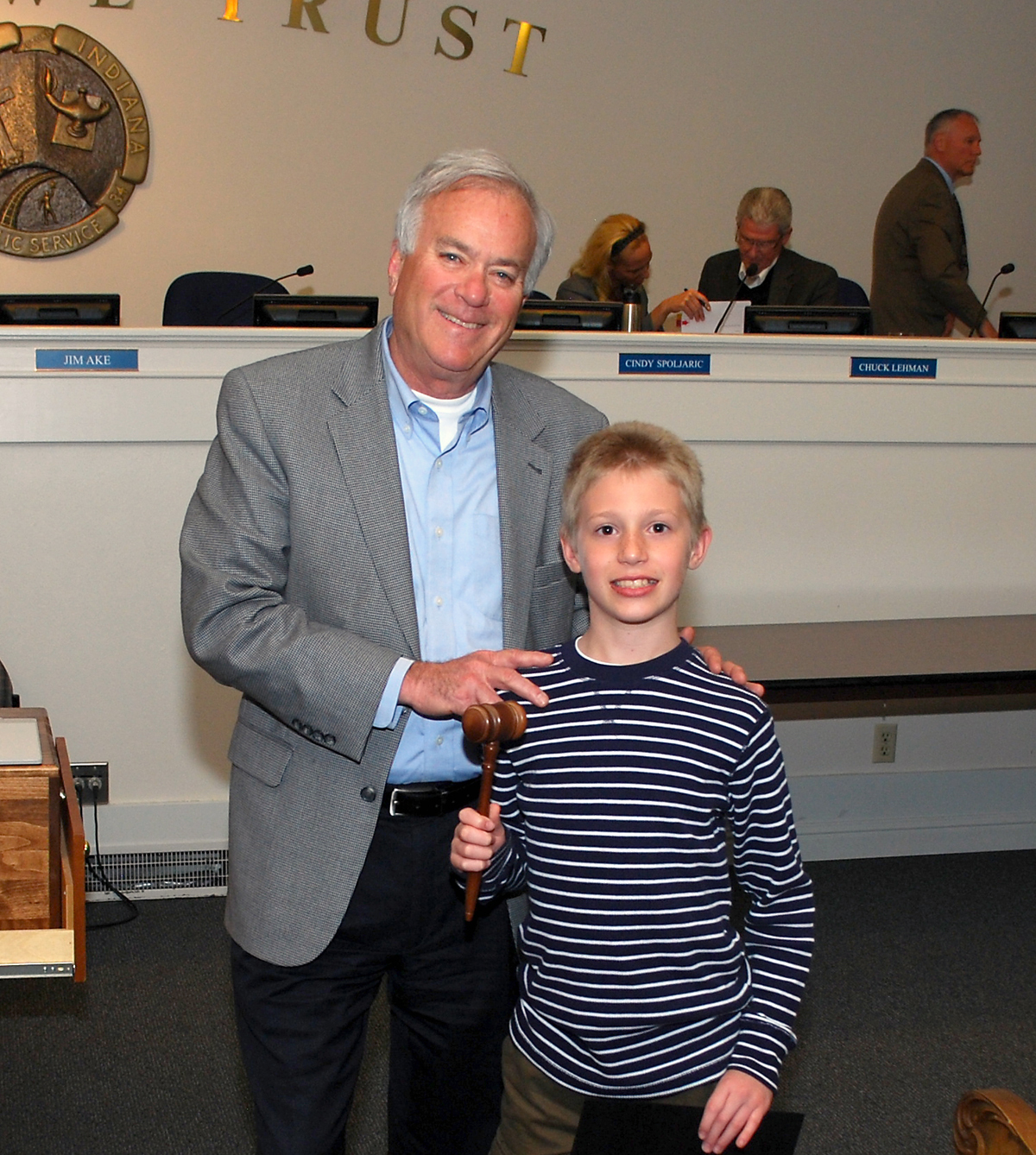 For his favorite part of the night, third-grade student Quinn McConahay banged the gavel to officially end the Westfield City Council meeting on April 14. As “Mayor for the Evening,” Quinn got a front row seat to local government as he joined Mayor Andy Cook in presiding over the meeting.

“I was a little nervous,” Quinn said. “I got to sit with the city council … I liked hitting the gavel.”

Quinn, the son of David and Laura McConahay, is a student at Carey Ridge Elementary School. During the school’s PTO Winter Carnival, the McConahays won the silent auction item for Quinn.

“We’re not politically involved people and thought this would be a learning experience for him,” David said. “He got to experience government.”

During the meeting, Quinn proposed having dessert served at all elementary schools and the intermediate school on Tuesdays and Thursdays. Council President Jim Ake received a motion to support of the proposal, which was unanimously approved by the council.

“I usually have dessert once a year at my school,” Quinn said, adding that dirt pudding is served on the school’s anniversary.

Before the meeting, Quinn and Cook had dinner at J. Razzo’s where he tried squid for the first time.

“It was a lot of fun. I’ve met him before,” Quinn said. “I’ve been in the same class with Owen (Cook’s grandson) for three years.”

“It was a great experience to meet Quinn and talk local politics with him. He’s a bright third-grader who really took an interest in government. Quinn’s interest in local politics and how the system works just shows what a great school system we have here in Westfield,” Mayor Andy Cook said.

This was the second time Cook participated in a “Mayor for the Evening” event.

“My daughter-in-law (a teacher at Carey Ridge) had something to do with it,” he joked.