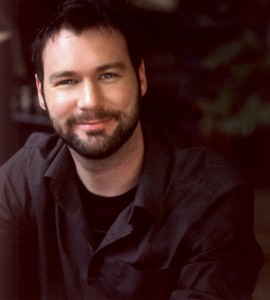 Named one of the “10 Comics to Watch” by Variety magazine, and the host of “Funny as Hell,” on HBO Canada, Comedian and writer Jon Dore will bring his unique brand of facetious silly to Morty’s Comedy Joint.

Dore has garnered several awards for his Comedy Central show, “The Jon Dore Show,” and for his live performances as part of the “Just for Laughs” comedy festival in Canada. Dore has also appeared on several television shows such as, “How I Met Your Mother,” “How to Live with Your Parents” and “Dino Dan.”

Current in Carmel recently spoke to Dore about his work, comedic influences, political correctness and his current projects.

Current: So, I watched some of “The Jon Dore Show” online.

Dore: Sorry ‘bout that right away.

Current: Is there anything that is sacred to you that you won’t go after or make fun of?

Dore: I don’t think there is anything too far. It’s kind of fun to go a little too far into the minds of people who think it’s too far. Our writers are definitely a conscientious bunch. We like pushing the line. We are definitely sophomoric, we are definitely not above jokes of flatulence. If you watched Season 2, we included a fart in every single episode. Just because it was our own little challenge, because we thought it would be fun to include it.

Current: Does the fact that the world is so focused on being ultra-politically correct drive your comedy?

Dore: I don’t run around saying there should be no rules in comedy. I don’t write blogs about the importance of free speech. I just kind of do it and I’m willing to suffer the consequences if there are any. I think I present it in a way where it seems to be accessible, which to me is the most fun when you are facetious about something serious and the audience seems to laugh at it anyway.

Current: When did you first know you were funny?

Dore: Good question, I don’t know if I ever really did. I guess as a kid, I was hooked on praise. My parents were very complimentary when it came to me sticking my hair up and doing like an Ed Grimley impression when we had family over. I guess to truly answer that question, yes, I was hooked on praise. I grew up with David Letterman and at a young age my dad used to record his shows and I’d watch them in the morning. I just loved them, though that’s more of an appreciation of comedy. When I first started doing standup, I think I started to realize I was funny.

Current: In addition to your tour, what are your current projects?

Dore: I’m preparing for a show that I do for “Just for Laughs” every year, I host six televised shows for HBO Canada. My writing partners Adam Brodie and Dave Derewlany and I are writing a television pilot for Xbox.

Current: What can people expect from your show at Morty’s?

Dore: I highly suggest, if you have anything better to do, to do it. We are all gonna die one day, so you have to get your affairs in order. I would suggest that. I don’t know. It’s definitely silly. It’s definitely hard to talk about, to be honest with you. I try and make serious topics light, and I like to make light topics more serious than they need to be. Yeah, that’s the best way I can describe it. It’s definitely silly, but I’m not afraid to go into some areas that some people may find offensive, even though I do not. I really do consider myself to be a conscientious person. I just feel that when we were writing “The Jon Dore Show,” we definitely wanted to some things that weren’t being shown on television, and we wanted to be unapologetic.

Current: Who makes you laugh?

Current: What are you most proud of as far as your work?