You are at:Home»Current in Carmel»Carmel Community»Arrest made in case of strangely-dressed Carmel gas station robber

Carmel police detectives arrested a man in the case of a Jan. 5 robbery at the Speedway gas station on Michigan.

The case was noteworthy because it happened just before week’s epic snowfall and cold snap, and also for the strange manner in which the robber was dressed. 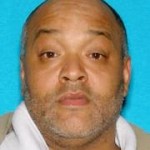 Police arrested 42-year-old Todd Tinsley on March 11. He was transported to the Hamilton County Jail and is being held on $50,000 bail, police said in a news release.

Tinsley was linked to the crime through DNA confirmation and other related evidence after an extensive investigation, the new release said.

Carmel police said at the time that they responded to the Speedway gas station at 10005 Michigan Road in reference to a robbery at 3:03 a.m. Jan. 5.

The suspect was described as a heavy set black man 30-40 years old, approximately 5’09”, wearing a brown vest jacket with a yellow short-sleeved T-shirt underneath, police said.

The suspect was also wearing a black and white baseball cap and black gloves. The suspect used a brown scarf with fringe to cover his face, police said.

The store’s clerk said the man entered the store and told the clerk to give him all the money.

The clerk said the man then said, “Give me all your money before I shoot you.”

During the robbery, the man inferred that he had a handgun, but he never displayed a weapon. The man took an undisclosed amount of money from the cash register and left through the front door of the business, police said.