You are at:Home»Current in Carmel»Hoosier Salon rent negotiations falter, relocation now in doubt 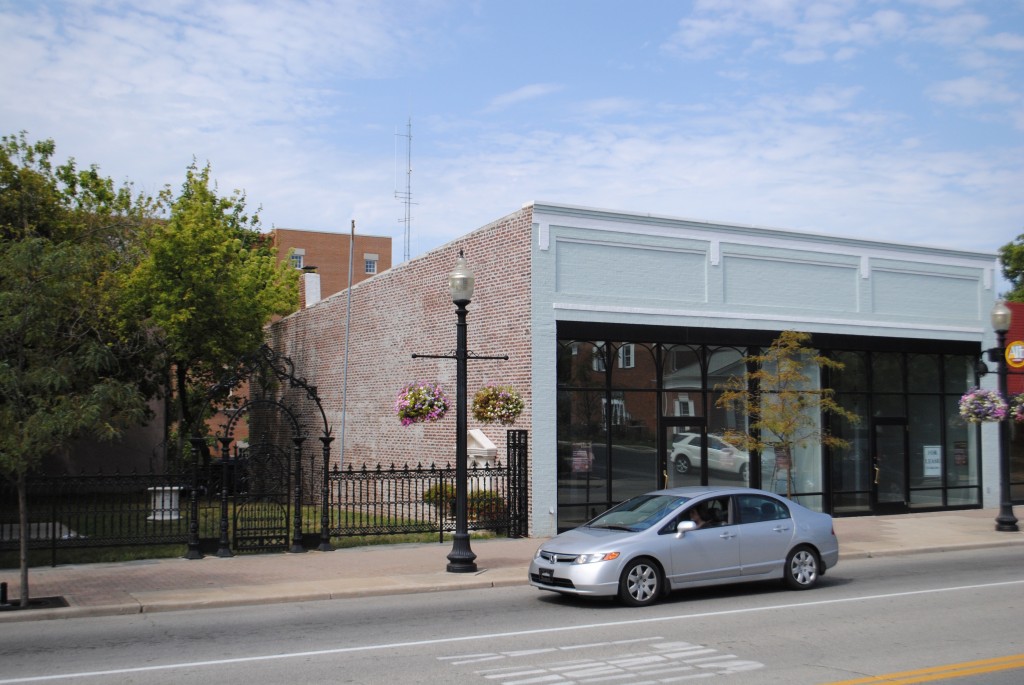 This vacant building on Range Line Road north of Main Street will likely not be the new home of the Hoosier Salon after rent negotiations failed. (Staff photo)

Carmel’s on-again off-again efforts to lure the Hoosier Salon art gallery out of Broad Ripple now appear to be off the table.

The 90-year-old art gallery expressed renewed interest in a possible move to Carmel in January after a snub three months prior. In October of 2013 the board of the Hoosier Salon decided not to relocate.

The Hoosier Salon was seeking to rent a building in the Arts & Design District at 20 N. Range Line Road.

It had approached the Carmel City Center Community Development Corporation about securing a lease for the building and then subletting the site to the art gallery at a price discounted by $15,000.

During the negotiations, a meeting was held with Mayor Jim Brainard, the 4CDC leadership and a representative from the Hoosier Salon – its past board president, said 4CDC board president Ron Carter.

Carter said he specifically asked for the appropriate decision makers to be present.

So when the Hoosier Salon later asked for additional lease considerations, the negotiations came to a halt, Carter said.

According to Carter, those stipulations were:

Those unforeseen demands led the 4CDC to terminate the negotiations.

“I am certain that they won’t be there,” Carter said. “I think we should just move on.”

A representative from the Hoosier Salon board said that the board was unaware of the new developments and still planned to have a conference call later in the week to discuss the negotiations.