You are at:Home»Current in Carmel»Carmel Community»Clerk-Treasurer, CRC to improve communication 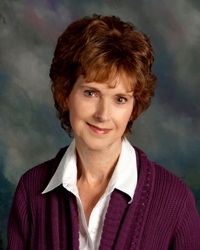 Carmel Clerk-Treasurer Diana Cordray met for the first time with the Carmel Redevelopment Commission’s finance committee in an effort to improve communications.

When the city council agreed to help the CRC refinance $184 million in debt, the Clerk-Treasurer was appointed as the entity’s treasurer.

Recently, several issues have come up where one party has claimed they haven’t received documents that are important to conducting city business.

At the heart of the matter is last month’s disagreement among city officials over loan payments for the City Center parking garage. Cordray raised concerns about invoices from Village Financial for interest on the two loans, with interest totaling $83,709.56. She withheld payment because she felt there wasn’t adequate documentation, pointing to original loan agreements that showed no principal payments would be due until 2019.

“The documents are everything to me,” Cordray said. “I can’t pay a bill without a proper invoice.”

Cordray said this has been an issue in the past. When she was assigned the duty of working with the CRC finances, she was delivered boxes of records that took her months to go through.

In the Feb. 28 CRC finance meeting, Cordray discussed other situations where she is still waiting for documents from the CRC.

CRC officials responded that they are willing to provide anything the Clerk-Treasurer’s office needs. In some cases, issues were discussed at meetings where Cordray was not in attendance.

Mayor Jim Brainard said, “In my opinion, I think the CRC has done an excellent job of providing documents.”

In regard to the Village Financial situation, CRC member Jeff Worrell previously said, “The reason we are confused is because Diana never asked for any documentation.” This prompted Mike Shaver, a public policy consultant hired by Cordray, to write a letter to the Current, refuting Worrell’s claim.

“All she wants in the process is the documentation,” Shaver said in the Feb. 28 meeting. “She is going to leave the public policy decisions to other people.”

CRC board member David Bowers said he is happy to work with Cordray and that he believes in transparency.

“There’s nothing here at the CRC that’s not for public consumption,” he said.

Bowers told the City Council on March 3 that he thought the meeting was positive.

“I think it was a good meeting, good communication and anything else we still need to get to the Clerk-Treasurer, we will get to her,” Bowers told the City Council.

Cordray agreed, saying everyone wants to work together in this process.

“I think there’s a better understanding of what our expectations are,” she said. “I thought it was a really good meeting and I hope there are more like it.”