You are at:Home»Current in Carmel»Carmel Cover Stories»Carmel woman’s picture to be featured on Hallmark card 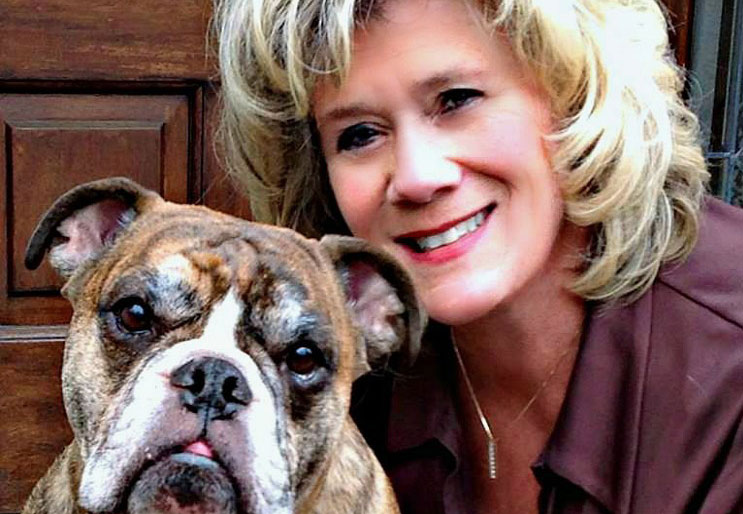 “When you care enough to send the very best” is Hallmark’s well-known slogan, and in November the company recognized a Carmel resident as the very best. 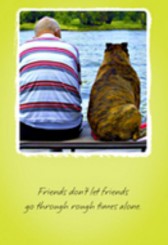 Malone said she knew she had the perfect picture to fit the theme because she had been a caregiver for her father-in-law, Gerald Malone, since he received a Stage-4 cancer diagnosis. She had taken a picture capturing a special moment between him and his dog.

One of their favorite memories together is time at their lake house in Ohio.

Jana Malone said, “I know just being there, sitting on the dock, looking out at the lake, and enjoying rides on the pontoon boat really helped him mentally and feel better as well.”

She remembers a specific weekend last summer when she looked out at her father-in-law and his great-granddog Caesar sitting side by side quietly staring out at the lake. They were crazy about each other, and she was able to capture the moment.

Malone entered the photo and recently heard from Hallmark that her card had won.

She said, “When I showed him the photo and told him that he and his buddy were going to be ‘Hallmark stars,’ he was so happy! He gave me one of his big smiles and, with a tear in his eye, gave me the biggest hug ever.”

Sadly, he was unable to see his card in print. He passed away peacefully and was never alone during the rough times just as the card portrays.

Hallmark looks for the right photo with the perfect wording to match when choosing from thousands of card entries. The company offers a check to the winner, and Malone said she plans to use the money to buy many copies of her card.

But she said her true reward is the Hallmark card keepsake that will forever be priceless.

“I have hope that a family or friend going through a difficult time in their lives will be reminded and know that the person sending them this card really cares and is ‘right there beside them’ every step of the way,” Malone said.