The Senate and House have passed Senate Bill 118, which will likely provide the first meaningful reform of redevelopment commissions since the City of Carmel restructured the Carmel Redevelopment Commission’s debt. 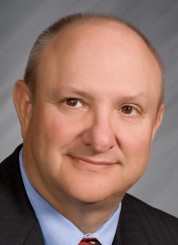 SB 118 would require that a city council approve any redevelopment commission borrowing unless the amount was less than $5 million and planned to be repaid in less than three years.

Other highlights of the bill include:

● Redevelopment commissions must provide to a city council at a public meeting all the information regarding the sale, transfer or other disposition of property

● Prohibits a redevelopment commission from owning, leasing or holding a single-family dwelling for purposes of leasing for the use by individuals as a dwelling.

It’s unclear how any of these stipulations will affect the CRC or its TIF districts.

All of Carmel’s elected legislative representatives voted in favor of the bill, including State Sen. Luke Kenley, a longtime supporter of redevelopment commission reform.

Kenley said this bill succeeded where others had failed because he, House Speaker Brian Bosma and State Sen. Pat Miller were able to sit down together and reach a compromise.

The bill will now return to the Senate for concurrence.

The mass transit bill cleared the House on a narrow 52-47 vote. 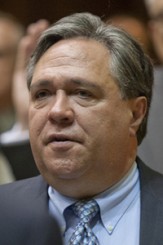 The current version of the mass transit bill would authorize Hamilton County government entities to fund approved public transportation projects through various parts of the local option income tax rates that are available under current law for other purposes. That’s if voters eventually approve a referendum on the matter.

Those income tax increases could not exceed a 0.25 percent increase.

SB 176 also requires that fares must cover at least 25 percent of the operating costs of the transportation system established or expanded under the bill.

The bill requires that revenue derived from sources other than taxes and fares must cover at least 10 percent of the operating costs, and it authorizes interlocal agreements, public-private partnerships and bonding.

The bill prohibits a political subdivision from using public funds to promote a position on a local public question regarding transit.

State Rep. Jerry Torr, R-Carmel, has been the bill’s sponsor and will likely take a lead in negotiations with the Senate over the bill’s final version. The Senate had sought a 10 percent corporate income tax and House members would like to include the possibility of light rail.

The bill will now return to the Senate for concurrence.

“Indiana is a diverse state, and we have many different economic drivers making up our regional economies,” Rep. Braun said. “To put forth a successful overall state economic development plan, we need to study and better understand the needs of the individual economic regions throughout the state.”

This assessment would analyze the economic potential of each of Indiana’s regional cities, provide a report on the needs of each regional city and also provide recommendations on initiatives and improvements that will lead to regional economic growth.

“My goal in authoring this legislation is to make our regional cities more attractive for business because these cities are the hub of economic development,” Braun said. “Over the next 30 years, ninety percent of population growth is expected to occur in these areas; therefore, it is imperative that we have an economic plan that is centered on each of these cities’ diverse strengths and needs.”

HB 1035 passed the Senate without any amendments.

House Passes Sen. Merritt’s Bill to Expand Protections for Hoosiers on Do Not Call List

State Sen. Jim Merritt’s, R-Indianapolis, bill to provide more protections to Hoosiers on the state’s Do Not Call list unanimously passed the House of Representatives by a 96-0 vote.

Senate Bill 349 expands the state’s Do Not Call statute to cover companies and individuals who don’t directly make prohibited calls but benefit from them. This includes companies that utilize auto dialing or robo-calls. Currently, the list only protects Hoosiers from direct telemarketing calls.

“Because of advancing technology, Hoosiers registered on Indiana’s Do Not Call list are still exposed to scams and automated solicitations,” Merritt said. “By adapting state law to these new telemarketing methods, we can ensure the Do Not Call list remains current and effective.”

Last year, the Indiana Attorney General’s Office received 13,278 Do Not Call violation complaints. More than 50 percent of those complaints were from third-party, robo-calls that collect telephone information and sell it to other companies.

SB 349 now returns to the Senate for concurrence.