You are at:Home»Current in Carmel»Carmel Cover Stories»City of Carmel to remain owner of Brookshire Golf Course 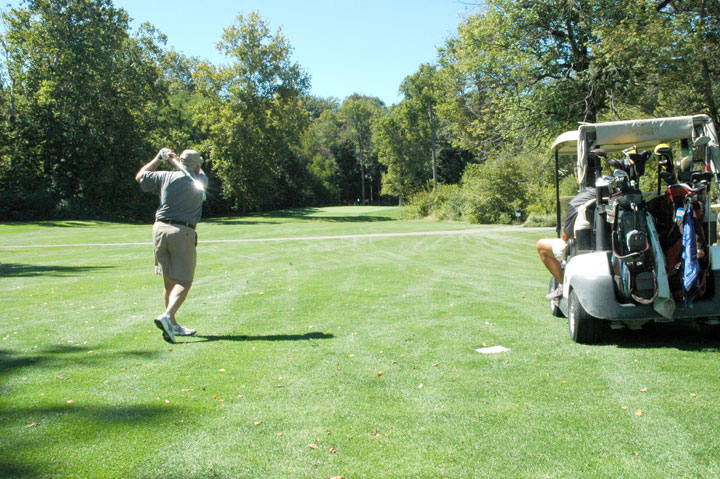 The decision came to light because Carmel is potentially planning to replace its fleet of golf carts at the course.

The Carmel Clay Parks and Recreation Board has not yet made a determination on purchasing the course, but earlier this year a consultant conducted a feasibility study that recommended the parks department only manage the course for an annual fee.

Parks director Mark Westermeier said prior to the city’s announcement that the parks department will conduct an additional public input session on purchasing the course this spring, and that the Park Board will likely make a determination in May. But the issue may now be unnecessary in light of the recent announcement.

There also has been a determination on the fate of the recently purchased Brookshire pool which resides on the golf course.

“The Brookshire HOA has the opportunity to operate the pool,” Heck said. “It will be up to them.”

The city issued a “request for proposals” for a fleet of approximately 65-70 carts and three bids were received during the March 5 Carmel Board of Public Works and Safety meeting.

The course currently leases a fleet, but with that lease’s approaching expiration, the city is weighing its options. Given the typical wear and tear on carts, its unknown at this point if there will be any cost savings from purchasing carts as opposed to renting them.

“I’m trying to supply the golf course with the ability to increase revenues and show that we’re making improvements for our golfing customers,” he said of the reason for the need for new carts. “Very few people walk anymore.”

If the city were to purchase a fleet of 65 carts at about $4,000 apiece, the resulting investment would be a significant upgrade for the course’s operation.

“(The Board of Public Works) will award the contract on the lease of the golf carts at one of their next meetings,” Heck said.