You are at:Home»Current in Zionsville»“Dirty Wint” the Weatherman 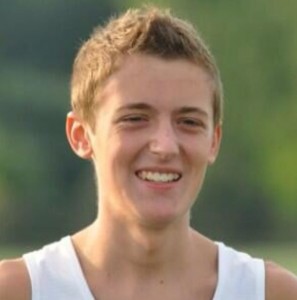 With the massive amounts of snow over the past couple of months, Zionsville Community High School students have turned to ZCHS junior, Logan Winters (also known as @DirtyWint), to keep themselves updated on the weather, school delays and closings over Twitter.

Winters tweets about the weather every evening, letting his more than 700 followers know the probability of any school delays or closings for the following day. This comes out before the information is available from ZCS superintendent, Dr. Scott Robison.

Winters is correct in his predictions for delays more than 90 percent of the time.

“To get the most accurate forecasts out to the public, I look at a range of various weather models. I then pick out which model I think has the most potential at being accurate,” Winters said. “But even then, I usually seem to have a sixth sense about it.”

Dr. Robison stated that Winters shows remarkable potential for being a weatherman in the future and that he enjoys the email banter between the two of them in regards to the weather.

“In mid-January I heard that Logan Winters had predicted every weather system and snow day for that month to-date,” Robison said. “I reached out to Logan and got his perspective on a couple of school day decisions I had to make. He is a knowledgeable person who is really on top of the weather. Every superintendent needs this kind of resource!”

Winters has been interested in the weather since he could talk, and his parents claim that one of his first words was “humid.”

He hopes to some day study at the University of Oklahoma to become a broadcast meteorologist.

Winters’ popularity along with the heavy snow this winter has helped him create a large following of people. The majority of his followers are hopeful Zionsville students awaiting a school cancellation.

Will Savery (@WilkinBS), ZCHS freshman recently tweeted: “I am officially naming this winter The Winter Of Dirty Wint!”

Gretchen Beehler (@_grettta) a senior at ZCHS wrote, “Honestly @DirtyWint could forecast the apocalypse and I would immediately buy a shelter and hide out ‘til he said it was safe.”