You are at:Home»Current in Carmel»Carmel Community»Capitol connection: Indiana to write own education standards

After falling out of favor with Gov. Mike Pence, the national Common Core educational standards that had been adopted during the tenure of former Gov. Mitch Daniels have now been rejected by the State Legislature 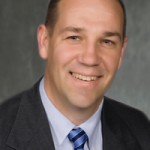 SB 91 would mandate that Indiana set it own college- and career-readiness standards.

Carmel schools had already adopted the Common Core standards prior to their official start date.

The bill was authored by Sen. Scott Schneider, R-Carmel.

SB 91 now moves to the Senate with amendments.

In a move to head off the possibility that daycare providers would try to eliminate their property tax liability by claiming they are schools, State Sen. Luke Kenley authored a bill to clarify the requirements for an early education provider. 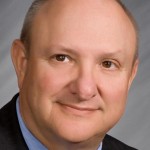 That measure, Senate Bill 158, has now cleared both the Senate and the House after the House unanimously approved it 94-0.

SB 158 requires that a for-profit early childhood education provider must meet the following requirements to obtain a property tax exemption:

● The primary purpose of the facility must be educational.

● The daycare provider must participate in an early education evaluation program that meets the standards of quality recognized under a Paths to Quality program.

● The exemption will be prorated based on the number of children who are four or five years of age.

The bill will be returned to the Senate with amendments

State Sen. Jim Merritt’s, R-Indianapolis, bill to better protect young Hoosiers in alcohol-related and other emergencies passed the House of Representatives by a 96-0 vote.

Senate Bill 227 would expand Indiana’s Lifeline Law by providing legal protections to minors who are under the influence of alcohol and call to report a medical emergency or a crime. It would also allow first-responders to administer Naloxone and similar medical treatments that counteract the effects of a drug overdose.

“Unfortunately, binge drinking among young people – especially on college campuses – is rampant,” Merritt said. “We’re making every effort to discourage underage drinking and alert our youth about the dangers of overconsumption, but there’s always going to be a 17- or 18-year-old who makes a mistake. Our laws need to make it clear that when mistakes are made and lives are at risk, calling 911 is a no brainer.”

SB 227 was amended in a House committee to include a comprehensive study of sexual violence in Indiana. State agencies would investigate how many people fall victim to domestic or sexual violence, reasons the crimes are underreported, and best practices for reporting and connecting victims to treatment services.

According to Indiana University researchers, as many as one in four women experience unwanted sexual intercourse while attending college in the United States, and the majority of sexual assaults involve alcohol.

“Sexual assault is one of the most unreported and tragic crimes affecting young people,” Merritt said. “Serious research needs to be conducted to find out just how severe this problem is among Hoosiers, and how we can correct it.”

SB 227 now returns to the Senate for concurrence.

House Bill 1062 would allow school corporations that have lost at least 10 percent of their transportation fund levies due to circuit breakers to use money from other funds to pay for transportation through 2016.

The bill should greatly reduce the chance that Hamilton County School districts – most notably Westfield’s – would have to discontinue bus service.

HB 1062 also extends a current financial relief bill for schools by allowing corporations that lose at least 20 percent of their levies from the circuit breakers to refinance existing debt. This statute expired in 2013, but HB 1062 would extend it through 2018.

HB 1062 now returns to the House for further consideration. 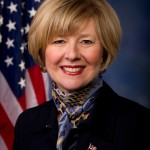 The competition challenges students to develop a software application or “app” for mobile, tablet or computer devices. The winning app from each district will be featured on the U.S. House of Representatives website at www.House.gov.

“The Congressional STEM Competition provides students with a passion for creativity and technology an opportunity to leave their mark on the global mobile application stage,” Brooks said. “I am excited to promote a competition that provides our students a chance to show off the skills integral to the jobs of the future and I look forward to seeing what creative and exciting apps our 5th District students come up with.”

All students must register through Congresswoman Brooks’ website and must also submit their app on www.challengepost.com. The contest is open now and will close April 30 at 11:59 p.m.

Apps submitted by students will be reviewed by a team of experts in the fields of science, technology, engineering or mathematics who are selected by Congresswoman Brooks. The apps will be judged on quality, implementation of the idea and demonstrated excellence of coding and programming skills.

Community caregiving: Zionsville parents of children with IDD worry about what happens to their child when they die
Share. Twitter Facebook Pinterest LinkedIn Tumblr Email
Previous ArticleNew science exhibit to inspire girls
Next Article My Oscar Predictions
Follow us on Social Media