You are at:Home»Current in Fishers»Sheriff’s forum to address social media issues with parents

Cyberbullying, sexting, identity theft, stalking, questionable games, inappropriate photos and other offenses are all increasing due to the explosion of technological advances. Many parents are overwhelmed with the difficulties in managing technology, learning the language teens use and keeping up to date with rapid advances. 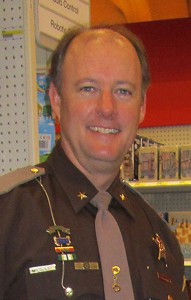 So Hamilton County Sheriff Mark Bowen is hosting a public education forum on Teen Social Media from 7 to 8 p.m. March 10 at the Hamilton County 4-H Fairgrounds, 2003 Pleasant St. in Noblesville.

Det. Alex Petty and Det. Kija Ireland will be the main facilitators in explaining options for parental control, restrictions and tracking software. The Teen Social Media forum will help parents focus on identifying misuse of social media, from ways to prevent abuse to dealing with the aftermath of an incident.

“Given the amount of information out there, we thought it was important to address the issue with teens and parents,” Bowen said. “We’re not against social media by any means, but there are pitfalls and consequences when not using good sense and judgment.”

From a relatively small number of incidents in past years, social media crimes have increased to more than 100 reported cases annually in Hamilton County alone. Social media has become part of the daily life of most teens but also leads to a source of anxiety as well as crime.

While the primary target is families with teens, information provided will be applicable to everyone. Parents with younger children who are concerned about the future as well as adults who may have to deal with social media issues will come away with valuable recommendations. Parents are encouraged to bring middle school age children and older. Free child care will be provided for preschool and elementary age children.

“We had approximately 200 people come and a number of individual who said they would have liked to attend,” he said. “We may do another in the future. Given the increase in the number of gun permits we felt it was important just to educate folks on gun ownership.”

Bowen said other possible forum topics include substance abuse – particularly heroin and its growth in Hamilton County – and hunter safety.

“We are trying to get info out about issues that we see that have an impact on the community,” he said.