You are at:Home»Current in Zionsville»Zionsville marching band at Disney 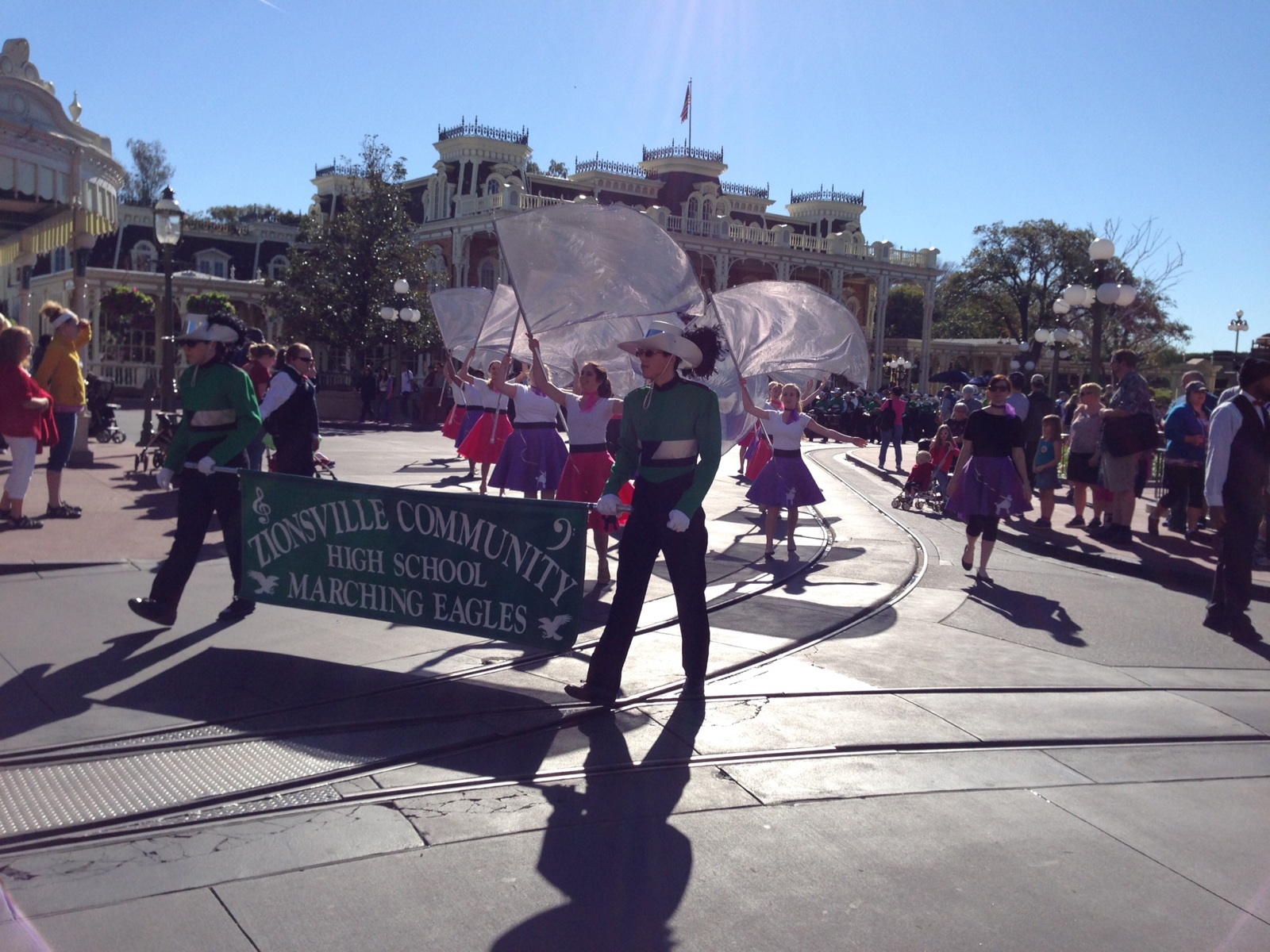 The band performed Rock Around the Clock for thousands of spectators.

“I was very proud of our performance, and glad to be able to bring even more magic to everyone’s day at Disney World”.

The band also participated in a Disney movie soundtrack workshop that resulted in a DVD of a clip of the Lion King movie with the band providing the soundtrack.

“This was a wonderful experience for our students, and they did a great job,” Landrum said. “Our Disney clinician was very impressed, and mentioned to me that our students made it very easy for him to enjoy conducting the workshop. Our band students demonstrated a level of ability that allowed the clinician to select the most difficult and challenging soundtrack clip available to him, and he was very complimentary of how our students were so engaged in the workshop throughout the entire activity.”

“I liked the Disney music workshop the best because it helped me with sight reading and we got to play a lot of cool Disney music,” said student Adam Schaefer.