You are at:Home»Current in Carmel»Scotty’s Brewhouse to open in Detour location 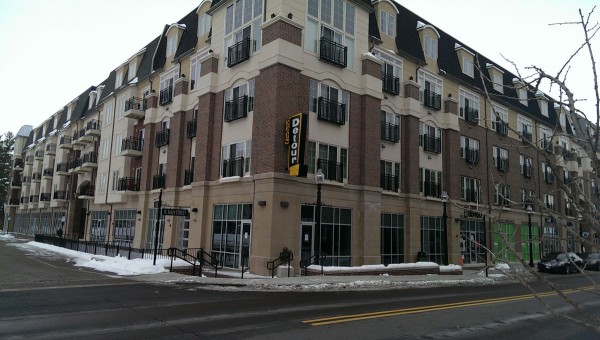 Detour: An American Grille is closed, but Scotty’s Brewhouse plans to take over the lease with a grand opening likely in April. (Staff photo)

A sign recently appeared on the door of Detour: An American Grille in Sophia Square reading only “Closed.”

Barely audible gasps could be heard as the news spread about the threat to nightlife in the Arts & Design District. But any slowdown is sure to be short-lived.

That’s because Scotty’s Brewhouse plans to fill the void, take over the lease and hopefully open its doors in less than two months.

Owner Scott Wise said he will shoot for a tentative grand opening on April 21.

“Carmel is perfect for us,” Wise said. “Our concept is going to work well there.”

That concept will not be just another sports bar. Wise said Scotty’s will provide a family-friendly atmosphere where people can get a great meal.

He also said there will be no bands or live music, but instead the managers will work to provide a great patio atmosphere that takes advantage of the proximity of the Monon Trail.

“It’s the perfect location for us,” Wise said. “I’m ecstatic about the growth and of what Carmel has done in the Arts & Design district.”

He said one thing that will make the Carmel Scotty’s unique is breakfast hours offered on Saturdays and Sundays in late spring through fall to cater to Monon brunch seekers.

Scotty’s also will allow kids to eat free on Sundays and Tuesdays.

As for Detour, co-owner Freddie Knipscheer of Prime 47 Hospitality, said previous disputes with the city over noise had no bearing on his company’s decision to sell the restaurant, noting that those disputes occurred under different management.

“We were doing very well,” Knipscheer said. “We just decided it would be in our best interest to try and sell it.”

He said they quickly received 7 to 8 offers, but Scotty’s was the best.

Prime 47 Hospitality also owns Prime 47 restaurants in Carmel, Indianapolis and Cincinnati, and the Detour decision will have no effect on them.

“We’re a steakhouse company and we want to focus on that,” Knipscheer said.

The decision also will not affect the Detour location on Geist Reservoir in Fishers because that restaurant was under different ownership.

“As a Carmel resident, I’m excited to have Scotty’s here,” he said. “I think it’s going to be an absolutely great fit.”