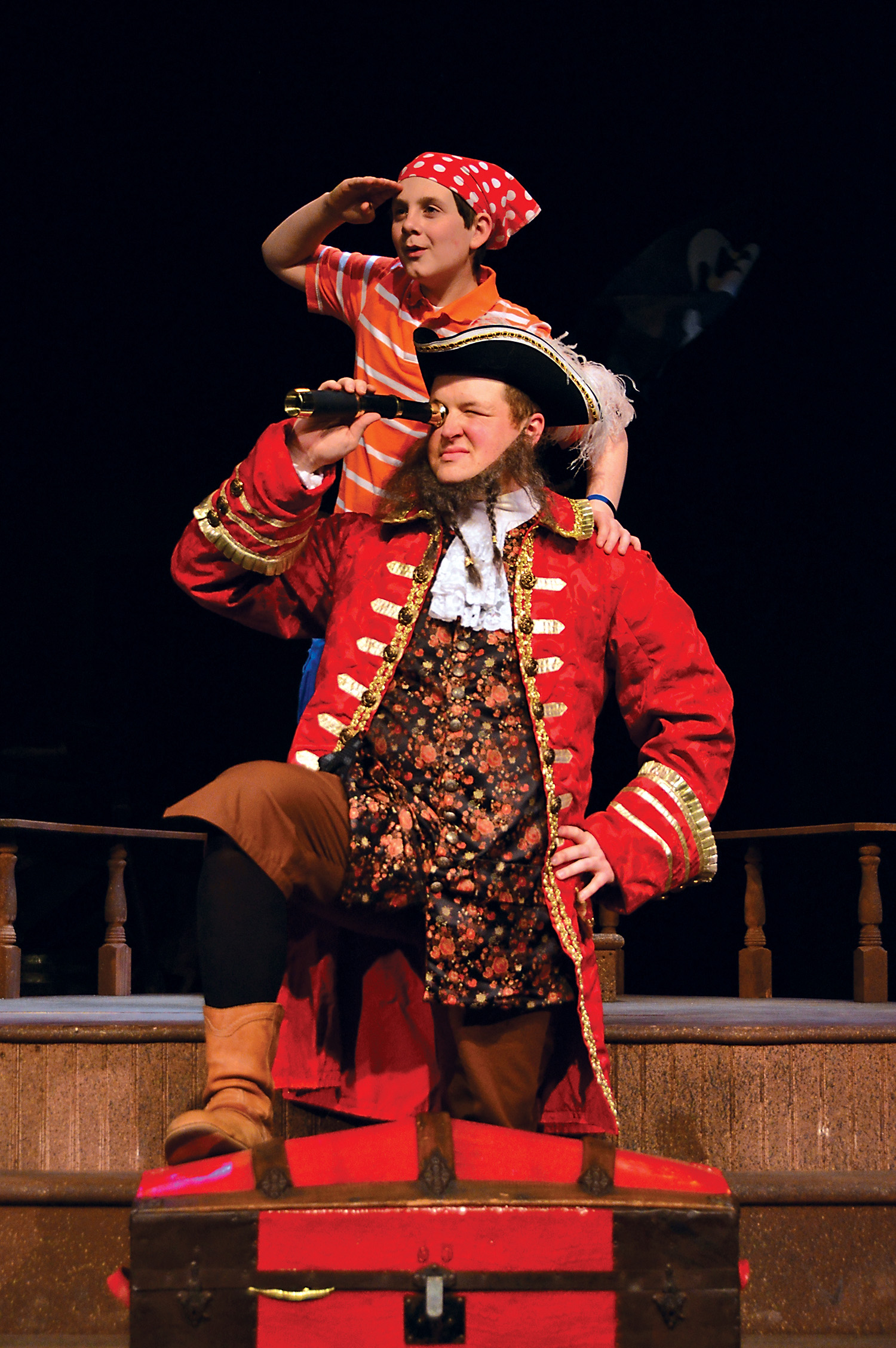 eef & Boards Dinner Theatre will stage the chil- dren’s play “How I Became a Pirate” on Fridays and Saturdays through March 15. (Submitted photo)

Sail into adventure with Beef & Boards Dinner Theatre’s debut of “How I Became a Pirate.” This exciting new Pyramid Players production is based on Melinda Long’s best-selling children’s book and is on stage through March 15 for kids of all ages.

The story centers on young Jeremy Jacob, who is recruited by Captain Braid Beard and his mates to help find the perfect digging spot for their treasure. Along the way, Jeremy learns all about being a pirate and discovers many surprises – including the perfect spot to bury the treasure.

It’s a story of adventure and finding one’s own heart – a path that can’t be found on any treasure map.

Isaac Herzog stars as Jeremy Jacob, the boy who finds adventure can be as close as his own backyard. Peter Scharbrough is Braid Beard, with A.J. Morrison as Swill the Pirate, Stephen Barnowski as Sharktooth the Pirate, Michael Davis as Pirate Pierre, Robert Kingery as Max the Pirate and Jordan Moody as Pirate Seymour Braunschwagger.

“How I Became a Pirate” is the first production in the 2014 Live Theatre for Kids series at Beef & Boards.

Pyramid Players productions are 1-hour in length and presented without intermission. Performances are for all ages, but offered particularly for children in preschool through sixth grade. Children have the opportunity to meet the cast after each show for pictures and autographs.