You are at:Home»Current in Fishers»New fitness center emerges from DVD workouts 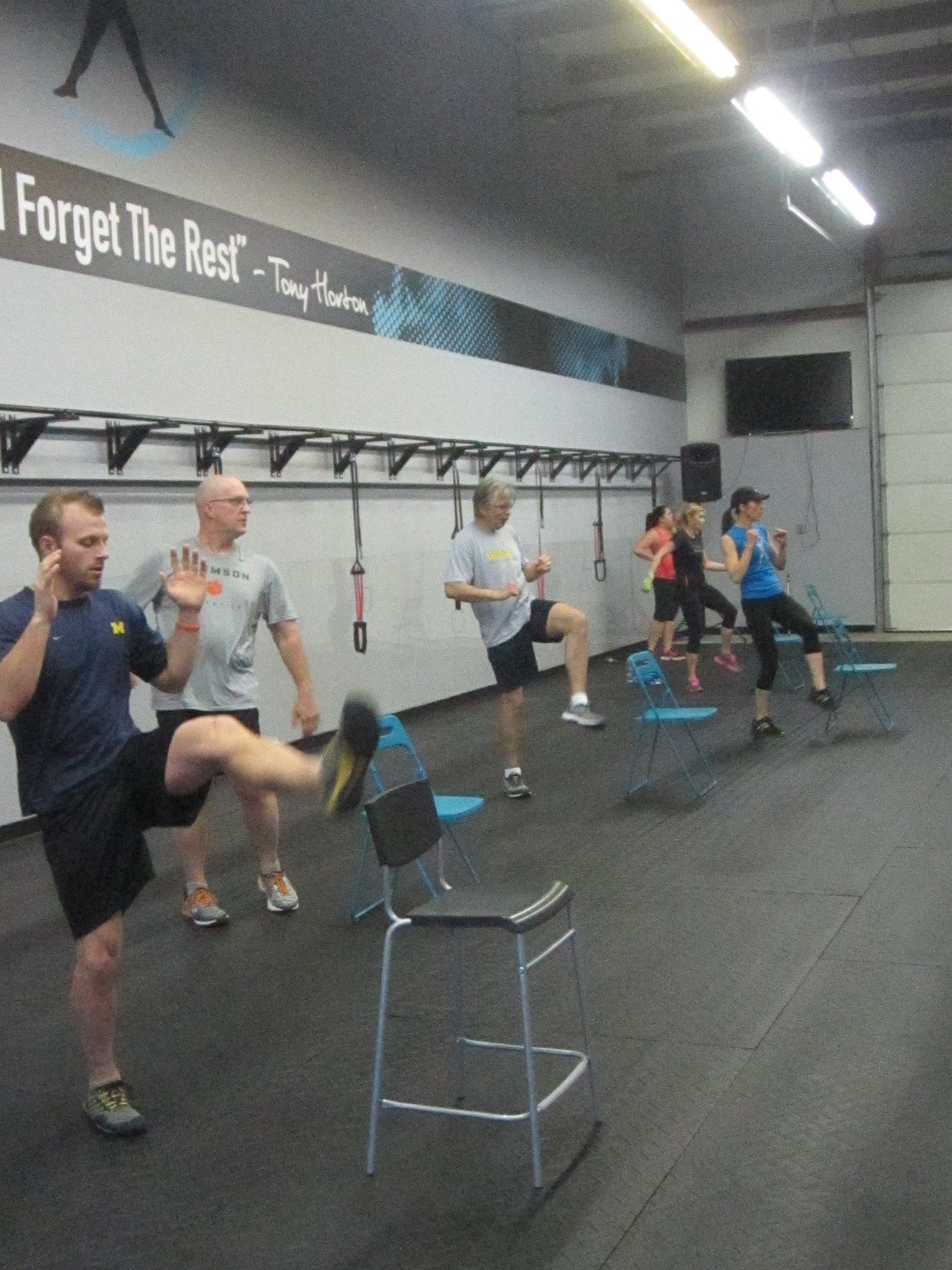 A new, one of a kind fitness club that specializes in a full body transformation in 90 days has opened its doors in Fishers.

RevolutionX Studio is the brainchild of local residents, Jenny and Chris Swisher, both 30, who decided to open a fitness center based on the popular DVD workout series, PO90X, for high-intensity workouts.

RevolutionX also offers classes including Insanity, a maximum interval workout that burns up to 1,000 per class, in addition to 5k marathon training and yoga.

Jenny and Chris wanted to open a studio after they began seeing success in their own weight loss and resolution of health problems as a result of using the DVD series. Three years ago, the couple weighed themselves around the holidays and were astonished to discover that they had each gained 30 pounds.

Jenny had also been struggling with migraines for most of her life. The fluorescent lights overheard as she worked in a cubicle didn’t help her either. She tried everything from prescription medication to neck surgeries, but to no avail.

After she and Chris both lost their desired weight, she discovered she lost her migraines as well.

Jenny was so inspired that she decided to ditch the corporate world, received her personal training certifications and began encouraging and giving advice others to others trying to lose weight through Facebook. However, she became bored with staying home all day and evening and wanted to get out of the house. In October last year, Jenny and Chris, a track coach for Hamilton Southeastern Schools, officially opened RevolutionX.

Jenny said she enjoys the personal interaction with those she leads in classes.

“I say that everyone has their inner athlete,” she said. “By sharing my story and my belief in them, they can do (what I did to lose weight).” “It doesn’t matter what ailment you have. Their fitness level and mental focus has improved.”

The fitness center’s class size is limited to eight to 10 people for a more personal approach. There is often a mix between those who have been seriously working out for years and those who have never exercised before and look for encouragemrnt.

“It’s been so cool to watch the coaching happen (between members),” Jenny said, adding that some newbies to the fitness world at first wonder, “Can I do this?” to feeling more confident in themselves.

RevolutionX is located at 12800 Ford Drive. For more information, go to http://revolutionxstudio.com.