You are at:Home»Current in Fishers»Family owned karate studio opens in Fishers 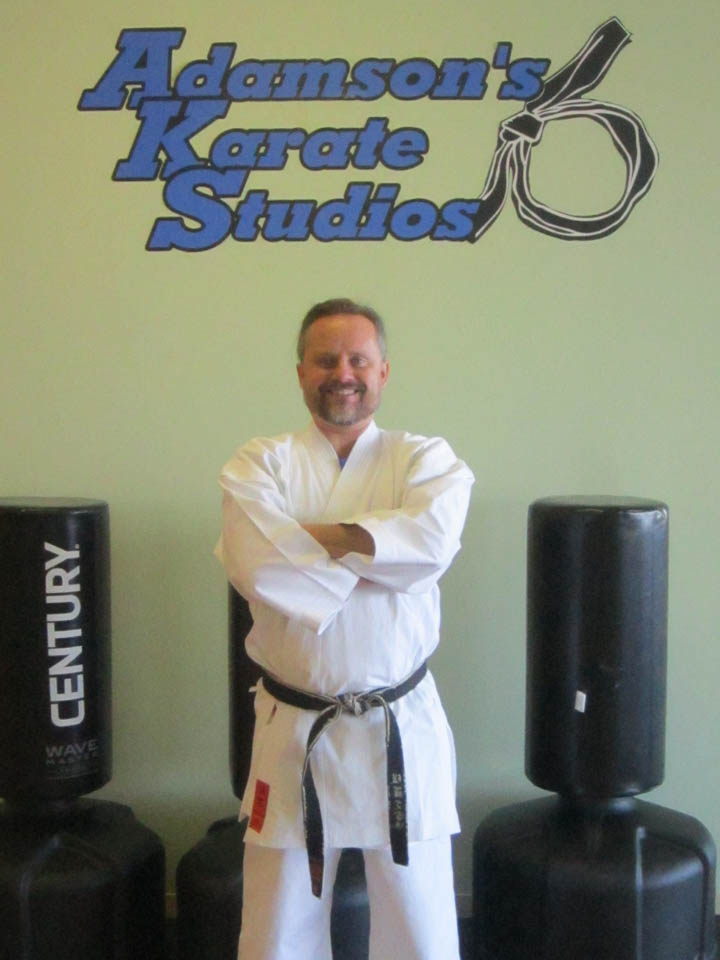 Paul Adamson recently opened Adamson’s Karate in Fishers; the family-run studio has been in business for 40 years. (Photo by Nancy Edwards.)

Parents interested in an interactive class that teaches kids self-control, discipline and self-defense in a fun environment, may want to check out Adamson’s Karate Studios.

The newly opened studio, near the intersection of 116th and Allisonville Rd., is family owned and started four decades ago in Carmel by Douglas and Janice Adamson. Their children, Paul, Peter, Ryan, and John, took an interest in Karate that has lasted throughout their lives. Paul opened the Fishers location; this is the family’s eighth studio. Other locations include Zionsville, Noblesville, Avon and Brownsburg.

“We feel our program is a good fit for Fishers families who want their children to learn self-control, exercise and self-defense,” Paul said. “It’s a great confidence booster, too.  Our kids learn from day one to be connected to who’s around them.”

Adamson’s Karate has classes for children ages 7 and up that often include families who enjoy training together. There are other classes separately for men and women, and for kids age 4, 5 and 6 called Mighty Mites.

As well, the studio offers competition training for those who want to excel in local, national and international tournaments. Karate trainers, who have recently performing in the 22nd Annual Karate World Championships in Germany, teach kids “about building excellence, connection and respect,” Paul said.

Kids also have fun. One of the most popular events that the studio hosts, is an annual summer camp with obstacle courses, a Ninja trail, and a game of trivia. The kids blast each other with water guns if someone answers incorrectly.

Adamson’s Karate also offers topical seminars, a parent’s night out, and tournaments for all skill levels.

The first 50 students to join receive a 50 percent off promotional offer . Anyone is invited for a complimentary class.

For more information about Adamson’s Karate visit www.AdamsonKarate.com or call 317-913-9113. The studio is located at 7239 Fishers Landing Dr.