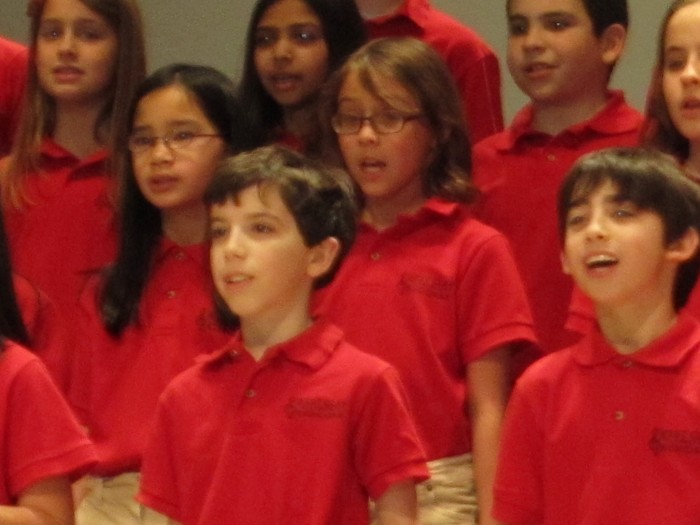 Student choirs and ensembles perform during a music showcase to help raise money for the Carmel Education Foundation. (Submitted photo)

The musical abilities of more than 800 of Carmel’s students will be on display from 5 to 9 p.m. Feb. 27 when the Carmel Education Foundation hosts its annual Music Showcase.

Historically broadcast as part of a telethon, this year’s event will feature live performances by 9 elementary schools and 2 middle school choirs, ensembles and a jazz band on a large stage.

The foundation, whose mission is to give classroom grants to teachers, also will be collecting cash donations at the performance and pledges at a later date. All collected donations will be shared with the music departments of each participating school. The funds give each department the ability to enhance their music and supplies.

“Our hope is to collect $1,000 or more the night of the event, and with our Bright House sponsorship we hope to give each participating school a minimum of $250 dollars,” said showcase chairwoman Janet Corbin.

This free event is the 28th incarnation of the showcase and is expected to attract an audience of more than a thousand people, and the general public is encouraged to attend. And that’s not including the people who view it on Bright House Channel 99 during the telethon shown March 25, 26 and 27, Corbin said.

She said the purpose behind this showcase is to highlight each school’s musicians in such a large venue.

“That’s really cool for them,” she said. “And it’s more than just a fundraiser, it’s more of a giving back event.”

At the same time, CHS students are given experience in filming, editing and working as stage crew during the event.

“The most important part is that the kids get to play on the high school stage,” said event organizer and Mohawk Trails music teacher Lisa Sullivan.

Sullivan has been guiding the event for the past 20 years and said its better now that kids can watch themselves play on TV instead of doing it live for a telethon. She also said they appreciate the chance to connect with their friends at other schools.

“We’re very blessed with very talented kids,” she said. “It’s a fun night. And we hope the community would come see the kids perform and be encouraged to donate.”