This upcoming May 6 Republican primary will feature a rarity – a contested race for county coroner.

Candidates John Chalfin and Roger Conn both have spent time working as deputy coroners and would bring a wealth of diverse experiences to the role that Thurl Cecil currently occupies. Cecil will not be running again due to term limits; he has been in office the past eight years. 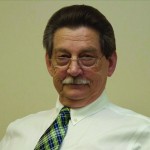 Chalfin currently works as a professor at Ivy Tech and as a deputy coroner. He’s a certified death investigator and was trained in forensic science by Allen Griggs of Forensic Services.

During his career, he’s had a diverse array of experiences as a veteran of the U.S. Navy, and working as a manager at OmniSource, Capitol City Metals and Doler Jarvis, a COO of Kokomo Spring and a plant supervisor at Chrysler’s Kokomo manufacturing center.

Chalfin was received the Ivy Tech Foundation Glenn W. and Mary Catherine Sample Award for Excellence in Instruction in 2011 and the David J. Edwards Memorial Award as primary instructor of the year in 2012.

As a deputy coroner, Calfin said that families become like his patient.

“We try to counsel them and bring a little order out of chaos,” he said. “When a death happens, the family isn’t ready.”

Chalfin said Hamilton County’s growing population has meant more work in the coroner’s office, and that he would work to maintain a system that keeps up with the pace.

“I feel I’m the best-qualified candidate academically, administratively and medically. I would ask for your vote,” he said. “I have the experience, and it’s current.” 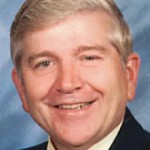 Conn’s name might be recognizable to longtime Carmel residents – he served as police chief from 1992-95. He spent 19 years on the force in all, retiring as a detective in 2002.

He also served as deputy coroner from 1985-2003. In 2002 he became the first certified death investigator in Hamilton County.

He currently works for a third-party retirement benefit company, and he worked for seven years as the business administrator for a local church after his retirement from the police force.

“I enjoyed my role as police chief,” Conn said. “I enjoyed helping the community to grow.”

He also said the thing he enjoyed most about his time as chief was finding ways to stretch the budget and finding ways to give money back to the city at the end of the year.

“I feel even the deceased need someone to speak for them,” he said of the importance of coroners working with first-responders to gather evidence and presenting it in a factual way to tell a story.

“I would tell voters they need a coroner who is qualified and who can learn quickly and apply all the knowledge they have learned over the years,” Conn said. “If they look at my credentials or ask officers I have led in the past, they would see I am the most qualified for this position.”

But the race may come down to who gets the most endorsements in the months ahead from the various public safety agencies throughout the county. Both candidates are still working to complete their endorsement list at this time.