You are at:Home»Current in Carmel»Carmel Community»Two candidates in County Clerk primary 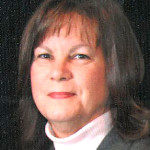 Two Republican candidates have thrown their hats into the ring for the job of Hamilton County Clerk, as incumbent Clerk Peggy Beaver’s term comes to an end.

Both candidates, Tammy Baitz and Rhonda Gary, are currently employed in the clerk’s office.

Baitz has served in the Hamilton County Clerk’s Office for over 25 years. She has held several supervisory positions and currently holds the position of Chief Deputy Clerk. 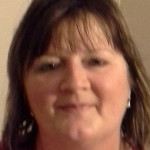 In 2004, Baitz received the Clerk of the Year award presented by the statewide Association of the Clerks of the Circuit Court. She is a Hamilton County native and resides near Arcadia with her husband, David. She is a member of the Cicero United Methodist Church, Hamilton County Federated Republican Women’s Club and Indiana Sheriff’s Association.

“I am seeking the office because I feel I am the most experienced candidate. I would appreciate the voters’ support,” Baitz said.

Gary works in the Hamilton County Clerk’s office as the traffic clerk. She has worked there since 2008. She was a member of the U.S. Air Force for nearly six years and worked for 10 years at Delta Faucet Company. She holds an MBA from Wesleyan University.

Gary is a member of the Green Valley Church of Christ, the American Legion and the Hamilton County Federation of Republican Women.

“Those who know me know that I have a great respect for my work and a passion for giving back and making a contribution to my community,” Gary said. “I am committed to serving my community and ask for the voters’ support in the primary election.”