You are at:Home»Current in Carmel»Carmel Community»Carmel City Engineer McBride to take new position

Carmel City Engineer Mike McBride is leaving his government post to take a new position at the Indianapolis branch of Hanson Professional Services. 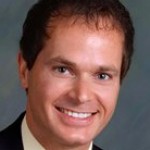 Perhaps one of McBride’s greatest accomplishments in Carmel was overseeing the reimagining of Keystone Parkway.

The project, which replaced signalized intersections with roundabout interchanges, received a number of honors, including an Engineering Excellence Award by the American Council of Engineering Companies of Indiana and a Bridge Design Award of Excellence by the Portland Cement Association.

“As the capital improvement projects started to taper off, I was looking for an environment where I could be challenged with that type of project again,” McBride said. “The mayor and I have talked about this for a while. And we were able to work together to make a smooth transition.”

“All of us at Hanson are thrilled to have Mike join our team. As a Carmel resident I’m well aware of the dramatic improvements made to the city during his tenure as City Engineer,” said Jim Trachtman, a regional vice president at Hanson. “He and Mayor Jim Brainard have shown a great commitment to improving the City’s infrastructure. In Mike’s new leadership role with Hanson he will have the opportunity to share his expertise with communities across the state and beyond.” 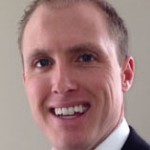 Brainard announced that Jeremy Kashman, a 12-year veteran of civil engineering projects, would take over as the new Carmel City Engineer.

“While we are saddened by the departure of Mike McBride, who served the city so well the past 12 years, we are very excited to welcome Jeremy Kashman to our team,” Brainard said. “Jeremy is no stranger to Carmel.”

Kashman has been working as a Project Manager and Business Development Manager for Rieth-Riley Construction for the past three years, where he has been responsible for managing all aspects of construction projects while also helping to create opportunities for growth through developing relationships in the construction industry. Prior to that, he worked for American Structurepoint. During that time, he spent four years as a municipal contract employee for the Keystone Parkway Reconstruction Project, working directly with the Mayor and City Engineer during all construction phases.

“Jeremy was the perfect candidate for the job,” McBride said. “He was deeply involved in the inner workings of the Keystone project. I’m confident he will be fully up and running by the time I leave at the end of March.”