You are at:Home»Current in Zionsville»Friendship that sparkles 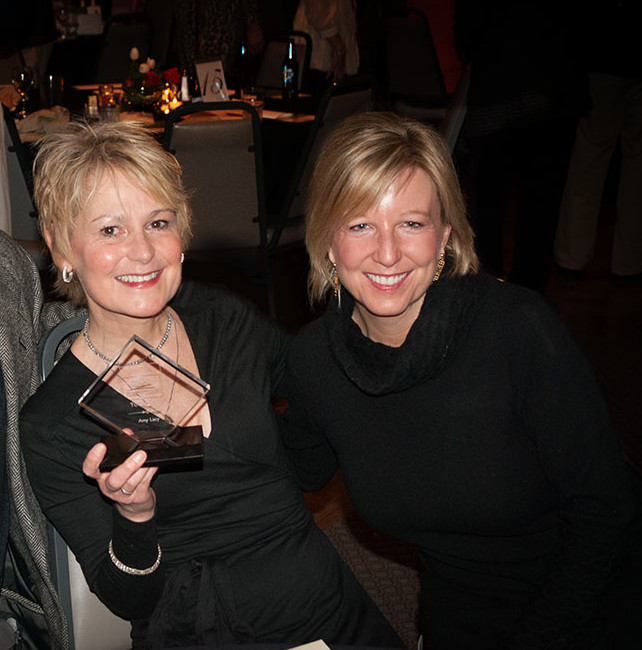 The Zionsville Chamber of Commerce awarded Amy Lacy with its annual Town Crier title during its 2014 Banquet. Lacy (left) is pictured with Anne Ryder (Photo by Janice Van Horn.)

Her friends say she sparkles, but Amy Lacy says she is just an average gal. 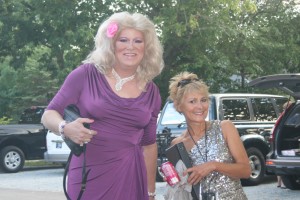 “I still can’t wrap my mind around all of this,” Lacy said. “I was in utter shock and surprise.”

The chamber of commerce awarded Lacy the annual Town Crier award at its Jan. 24 banquet. This award is given to members of the community who have shown outstanding compassion and service.

Lacy was born and raised on the north side of Indianapolis, and since losing her mother to Alzheimer’s disease several years ago, she has helped raise more than $120,000 for Alzheimer’s research through the annual Zionsville event, Z’Sparkle Party Drag Race to End Alzheimer’s 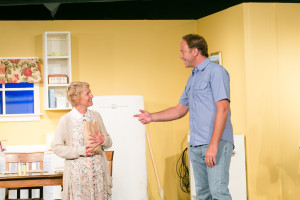 Amy Lacy and Ray Cortopassi act out a scene in “Crimes of the Heart,” a Zionsville Off-Main Street performance last fall. Lacy said acting is one of her favorite past-times. (Photo by Anya Albonetti)

“I feel very undeserving,” Lacy said. “I am proud of this award but it’s not just for me. Raising money would not have been possible without all of the volunteers.

“I immediately thought of all the people who worked to make Z’Sparkle so special,” she said.

Throughout her years living in Zionsville, Lacy has also volunteered with Maplelawn Farmstead, the Sullivan Munce Ghost Walk, the Kiwanis Club, the Zionsville Parks Board Facilities and the Planning Committee.

Lacy said since she received this award she feels like she needs to work harder in the community and “prove herself.” One way she hopes to do this is by working with elderly people in Zionsville Meadows one-on-one instead of just raising money.

“That is vintage Amy,” said her dear friend Anne Ryder. 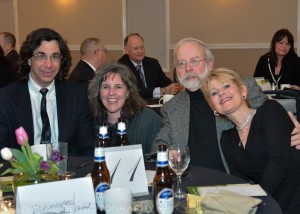 Bob Goodman, Leigh Ann Akard, and Barry Hicks sit next to Amy Lacy, winner of the 2014 Town Crier award. Lacy was awarded this honor for her outstanding contributions to the town. (Submitted photo)

Ryder, a former newscaster and journalist, has been friends with Lacy since childhood and says she met her when Lacy “had braids in her hair and roller skates on her feet.

“My mother forced me to go and say hi to the nice little girl down the street,” Ryder remembers fondly. “But we became fast friends.”

Ryder was a special part of the chamber’s award night because she surprised Lacy by presenting her with the award.

“My friend Leigh Ann Akard told me to come on Friday because Bob Goodman was receiving an award,” Lacy said. “But when I saw Anne walk out I knew the award was not for Bob, it was for me.”

Ryder said she hid in the coat closet before walking into the room.

“I came late and hid from her,” she said. “I think she was truly shocked and touched by the whole thing. And it meant so much for me to be there because Amy doesn’t do it for the awards. She helps people because that’s just who she is.” 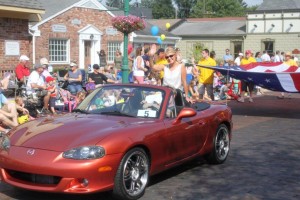 Amy Lacy waves as she rides down Main Street during the Fall Fes- tival Parade. Lacy was named the Grand Marshal of the parade in 2013. (Submitted photo)

Job: deputy clerk for the Clerk/Treasurer’s Office in Town Hall

Emerging Professional of the Year Award:

Business Professional of the Year:

Business of the Year: