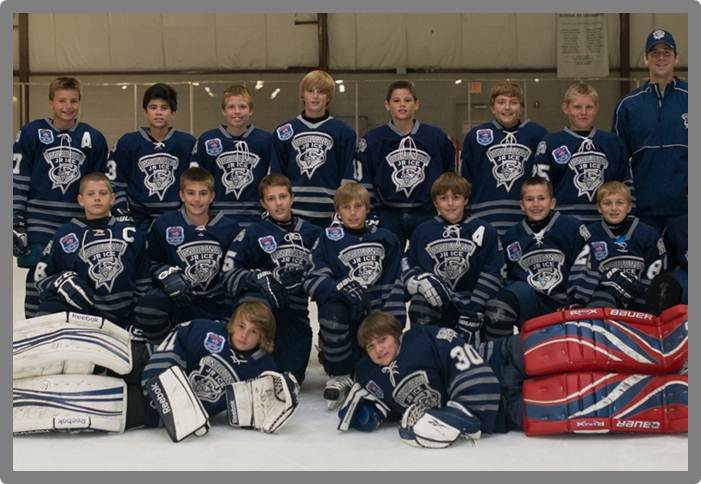 Imagine the excitement you would feel as an 11- or 12-year-old who played on a local peewee hockey team that had qualified for a prestigious international hockey tournament in Canada. What’s more, think of what it would be like to lace up your skates against teams from countries around the globe.

That’s exactly what will be happening to Carmel’s Indiana Junior Ice hockey team next month.

The core of the Junior Ice team has been playing for the past 5 or 6 years and consists of players primarily from central Indiana. And later this month that team will travel to Quebec City in Canada, stay with host families and partake in the Quebec International Peewee Hockey Tournament.

More than 100 teams from Canada, Europe, the United States and Australia will participate in the event from Feb.12 to Feb. 23.

A veritable who’s-who of future National Hockey League superstars have competed in this youth tournament. They include hall of famers like Mario Lemieux, Marcel Dionne, and the great one – Wayne Gretzky.

Although the players will have to miss some school time, team manager John Tripp said, “We have the teachers provide homework, … and we’ll sit the boys for some time every day and make sure they are working on their assignments.”

The Junior Ice, whose season runs from September to March, play in the Central States Development Hockey League comprised of teams from Chicago, St. Louis, and the Junior Ice. The team travels a lot for both league and non-league play.

“We’ll be in Wisconsin, over in Detroit, maybe upstate New York. The boys do a lot of traveling,” Tripp said.

This will be the first time in 20 years, though, that the team has been invited to participate in the Canadian tournament.

Tripp said he had to fill out an application and then a tournament committee did an evaluation based on the team’s results for the past couple of years against different teams.

A by-product of this experience will be observing and absorbing some French Canadian culture. Plus the team can watch other gifted hockey players from different countries.

And in a few more years…who knows? Maybe one of our own local skaters will be drafted into the NHL.