You are at:Home»Current in Carmel»Carmel’s Judge Poindexter gets competition in primary as Judge Hughes decides to seek re-election

William J. Hughes, Judge of Hamilton Superior Court 3, has announced that he intends to seek re-election. Hughes is the longest serving judge in Hamilton County, having served in Superior Three since its inception. 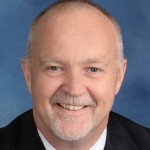 “I have been honored to serve the citizens of Hamilton County since the court began operation,” Hughes said. “In my role as judge, I have been able to be a part of ensuring that our citizens are protected, civil liberties are preserved and that the people of Hamilton County have a place to come to resolve their disputes where the rule of law meets compassion to find justice.”

Hughes will be challenged for the bench by Carmel City Court Judge Brian Poindexter, who announced his intention to run in Current in Carmel on Oct. 1. Poindexter has served as the Judge of the Carmel City Court since 2009, when he was appointed by then-Governor, Mitch Daniels. 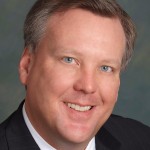 Throughout this campaign I will advocate three important projects,” said Poindexter. “The expansion of the Hamilton County Youth Assistance Program, the creation of a Veteran’s Assistance Court and the building of a domestic violence shelter to house and protect the victims of violence and abuse in the county in which I serve.”