You are at:Home»Current in Zionsville»Defending his world record 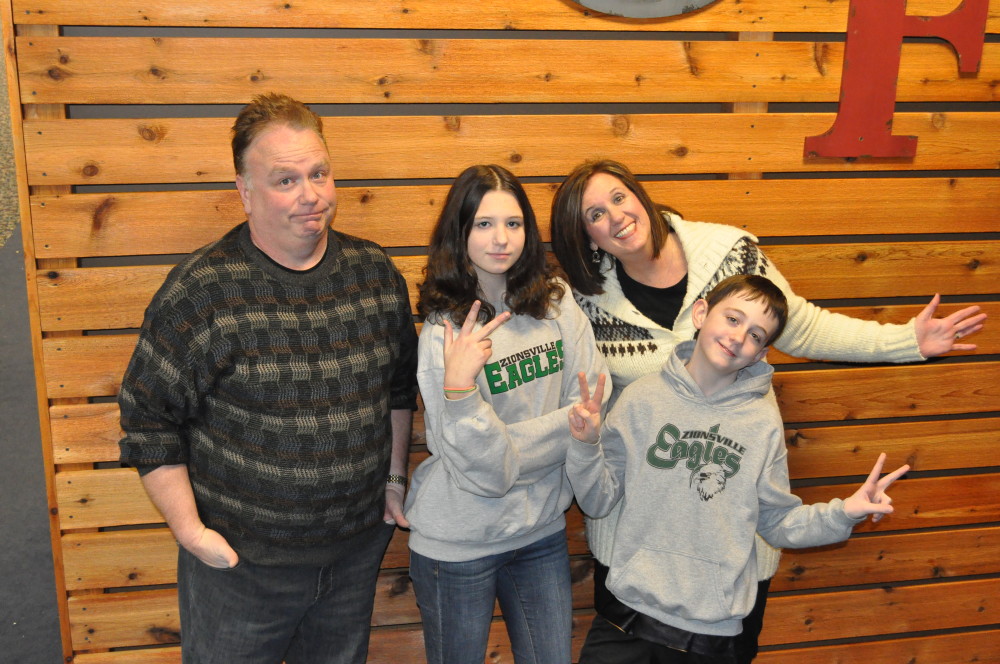 Kevin Burke has always been an actor. He has no Oscar or Golden Globe award, and he is not a household name, but his craft has earned him a Guinness world record that few big-time stars have.

Burke has been commuting from his home in Zionsville to Las Vegas since 2003 starring in Rob Becker’s “Defending the Caveman” on Harrah’s main stage. He has performed the show over 3,000 times and made it the longest running Broadway show in Las Vegas history.

An actor all his life, Burke is a graduate of Indiana University’s drama department. “After school I did regional theatre and small shows, and after a while I was invited to attend Ringling Brothers Circus Clown College,” he said. “It was 10 weeks to learn everything about being a clown. I was offered a job and went on the road for a year with the circus.”

To continue clowning around, he needed to earn a living while making people laugh, so Burke started looking for his next gig. “I looked around and comedy clubs were booming, so I became a standup comic traveling all over the country. In 2002, the Phoenix Theatre was organizing a 48-hour benefit for arts organizations in Manhattan affected by 9/11. Director Brian Fonseca asked me to pick a time slot and I asked for 8 a.m. Saturday. So I did stand-up and cooked breakfast for everyone there and it was a big hit.”

Fonseca suggested that Burke write a one-man play, so he wrote “Born to Goof.” “It was about clowning, acting and being goofy, and my daughter was in it. It was about how all of it is a legacy I’ll hand down to my kids.”

Becker was looking for someone to replace him and they met through friends, according to Burke. “The rest is history.

“I have been away for too long. I left Vegas in May to spend the summer with my kids and prepare for the Indianapolis run,” he said. “I’m the only person stupid enough to walk away from his own hit show in Vegas, but my family is more important. The show is still running at Harrah’s.”

Burke calls Zionsville home, where he’s been married to his wife Karen for 20 years. Their daughter, McKenna, 14, attends Zionsville High School and son, Griffin, 10, is in middle school. “Zionsville is a great place to raise children. I describe it to people as old-school, where neighbors look out for each other; it’s hard to find a place like that anymore.”

Burke said the show “explains men to women and women to men; neither gets bashed, neither is right or wrong. For instance, a woman thinks a man should phone her when she gets home; a man means he’ll call before he dies. If people can laugh at their differences, they don’t become problems.

“My favorite part is watching couples fall in love with each other all over the again in the show,” Burke said. “Caveman is so popular because in a cynical world, we are the only ones selling true love and monogamy, and it’s the only live show in favor of those.”

“Defending the Caveman” is performed in 40 nations and 35 languages. It opens Jan. 23 at Theatre on the Square in Indianapolis. For tickets and showtimes, visit  HYPERLINK “http://www.tots.org” www.tots.org.