You are at:Home»Current in Carmel»Column: ‘A Bridge and a Tower in Lucerne’ 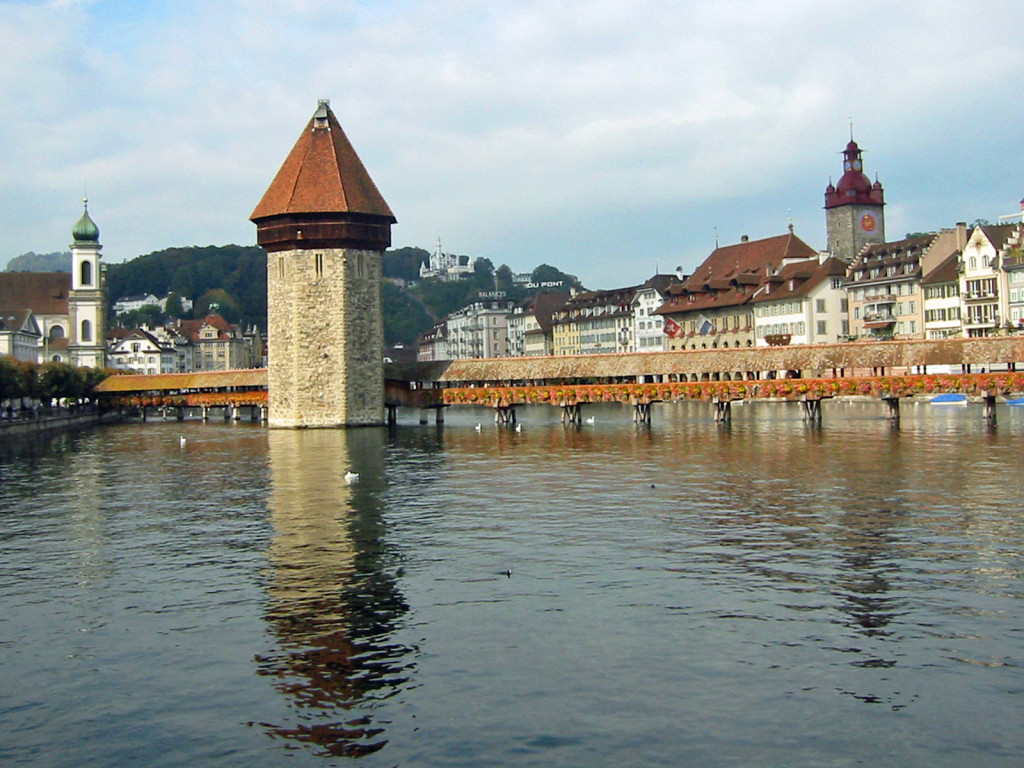 Lucerne, Switzerland, is one of the most picturesque cities in a country known for picturesque cities. A medieval tower rising from the river is the country’s most photographed structure, a truss bridge spanning the river is the world’s oldest, and paintings hanging inside the bridge draw visitors from around the world. Ironically, all these idyllic images reflect Lucerne’s turbulent past.

Lucerne is located where Lake Lucerne, one of the most beautiful lakes in the world, flows into the Reuss River. In 1300, the town built a 112-foot tall octagonal tower in the river. Called Wasserturm (“Water Tower”), it was used as a torture chamber, likely for claimed heretics. Because the Water Tower was vulnerable to attack from the lake, in 1333 the city built a 600-foot long covered bridge crossing the river diagonally and connecting with the Water Tower. The “Kapellbrücke” (“Chapel Bridge”) is named for St. Peter’s Chapel at one end.

Initially formed around a monastery, Lucerne was the largest Swiss city to hold out against the Protestant Reformation that swept, sometimes violently, through Switzerland in the late 16th century. In the early 17th century, to advance the cause of Catholicism, the city council paid an artist to paint religious and historical scenes on triangular-shaped pieces of wood, many containing a written message. Eventually 158 paintings, each about six feet wide and three feet high, were mounted in the interior roof space of the Chapel Bridge. In 1666, recognizing the city’s continued loyalty, the Jesuits began building a large church near the south end of the bridge, its baroque design and twin onion domes visually rejecting the austerity of Swiss Protestantism.

In 1993, fire destroyed much of the Chapel Bridge and more than 100 of its famous paintings. The bridge was meticulously restored and the surviving paintings remounted inside, some still showing fire damage.

When you visit Lucerne, photograph the Water Tower and walk inside the Chapel Bridge to admire its remaining paintings. Then take a relaxing boat trip on Lake Lucerne and be grateful that towers are no longer built for torture and cities no longer battle each other over religious doctrine.